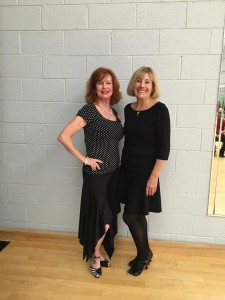 Ballroom dance truly can make a difference in someone’s life. Take the story of these four women, all widows, who came to dance and ended up staying for the camaraderie and friendship they found here.

When Uda Shallop, Barb Stawick, Patty Levinson and Michelle Allen come together for dance lessons, they do a bit of dancing, a lot of talking and linger over food and drink post-lesson. These ballroom dance lessons have been the women’s reawakening after the loss of their husbands in a way none of them expected but all of them now cherish.

At a time of year that can be incredibly challenging for people who have recently lost a loved one, Fred Astaire Dance Studio is providing a unique sense of belonging for a tight group of widows. According to U.S. Census Bureau data from 2012, there were more than 14 million widowed people in the U.S., more than 11 million of whom were women.

Studies say widowhood is one of the most distressing and difficult experiences, with little to no peer group for younger widows. Aside from the inherent emotional challenges that come with such a loss, there is often a financial strain that accompanies widowhood, research shows. 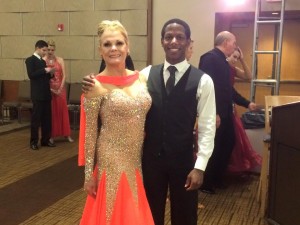 When Shallop, a Bloomfield Hills resident, lost her husband eight years ago, she says she spent two years feeling numb. “I was like a ship out in the ocean with no destination,” she says. “When I started dancing, that became my new love. I’ve made friends here, found a sense of belonging. And there are other ladies who are in the same boat.”

Barb Stawick, 63, agrees. Her husband died on December 30, 2014; she also lost her son in March of the same year. A grief support group led her to the dance studio. “I was apprehensive walking in,” she recalls. “I come here and everything that has gone on just goes away. It’s joyous. In my first year of widowhood, I need something to get me going again. Life is still here.”

For Michelle Allen, ballroom dance brought healing when her husband died three years ago, but it also brought her closer to his memory, since they danced together throughout their 20-year marriage. The Oxford resident credits ballroom for bringing “happiness and joy” back into her life. It also brought her a new romance, a man who dances with her now that the despair of loss has passed. The camaraderie with other widows at the dance studio is a saving grace, she says. “Until you’ve gone through it, you can’t understand,” she says. “It’s helpful to see someone else who knows what you’re going through.” 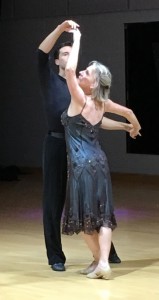 Patty Smolen-Levison, 64, felt “lost and isolated” when her husband died last December after 44 years together. The Bloomfield Township resident is an interior designer and landscape designer, who hated being home at night alone after her husband’s passing. She and her neighbor, Shallop, signed up together at Fred Astaire, and the dance lessons invigorated them both.

“We had an absolute blast, and before you knew it, we were preparing to dance in a competition,” Smolen-Levison says. “All of a sudden, my life became dance. I was allowing myself this time for healing and enjoying the fluidity of moving. I could see myself slowly improving. I met some wonderful people, and we get together socially now. You form a bond which is a forever kind of bond, since it’s such an intense, unique setting.”

Fred Astaire Dance Studio of Bloomfield Hills is the largest ballroom dance studio in the state of Michigan. Opened in 2005 by me and my wife Lada, the studio is part of a nationwide franchise that requires daily training for its teachers, who are dedicated to teaching dance full-time. The studio averages about 150 private dance lessons every week, plus eight group lessons and several parties and events. 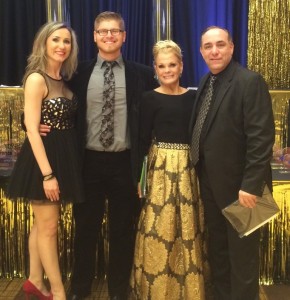 The studio’s mission is to enrich lives by building confidence, connection and community through ballroom dance. Private lessons, group lessons and dance parties are open to the public, featuring students ranging in age from teens to retirees and seniors.

The friendship and support that has grown amongst the widows in their dance classes is exactly why we got into the ballroom dance business 10 years ago.

When we say our mission is to enrich lives, we really mean it. Ballroom dance may be the vehicle through which people find connection and confidence, but ultimately the goal is a greater sense of happiness in one’s life. And I can see that happening for these women every time they come together.