Dancing With the Stars: Season 23

As the 2016 season of Dancing with the Stars kicked off earlier this month, I had the opportunity to reflect on season 23 after being interviewed by Alicia Smith on WXYZ 7. (see the TV segment here)

We discussed the new lineup of dancers and whether athletes have a literal leg up when it comes to dance. 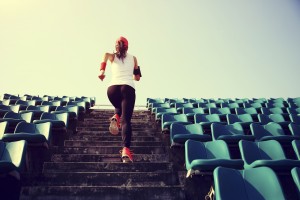 This season, there are three impressive athletes among the original 13 competitors – Calvin Johnson, Jr., possibly the NFL’s best wide receiver of all time, also known as “Megatron”; Laurie Hernandez, an Olympic gymnast who brought home a silver from Rio; and Ryan Lochte, a 12-time Olympic medalist in swimming.

While I don’t know the extent of the competitors’ dancing experience or ability, I can say that athletes usually have better ability at dancing, or learn more quickly, because they are used to building muscle memory in their sport. Especially competitive athletes, who have devoted their lives to training and increasing skill – these are people who will not give up if the dancing is hard.

Competitors who have previous dance experience will also have it easier during the season because the structure of dance is already familiar to them.

Athletes come in with dedication, hard work, training, great hand-eye coordination – no matter the sport. These details are important for winning on Dancing With the Stars.

But a lot of it is progression. How do they take to dance? Can they trust a dance partner? Can a woman be vulnerable enough to allow somebody to lead her? Can a man be confident enough to lead his partner, even if he’s new to the steps?

Celebrities on this show, just like our students, must allow themselves to learn, to be taught, to move their bodies, to experience connection with another person. 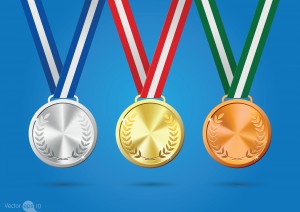 This season began with these competitors:

Visit http://abc.go.com/shows/dancing-with-the-stars/news/updates/dwts-season-23-cast-announcement-083016 for the latest updates on who made it to the next round – and who went home.

The contestants who stay longer on the show start to realize the benefits of dance. Those who leave early in the season don’t see those long-term effects, like weight loss, increased confidence and camaraderie, all of which builds over time. You must stay devoted to dance in order to reap the rewards of it!