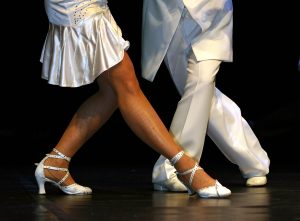 That’s the kind of sentiment I heard from participants in our recent Winter Ball, a seasonal dance competition we hold several times a year in-studio. The reason it was so exclamation-worthy is that the Winter Ball went off without a hitch despite huge obstacles in our path.

First, we’d been signing up students to participate for months. We had lots of eager participants, preparing in their dance lessons every week, working hard to bring their dancing skills to competition-level quality.

The Monday before the competition, one of our top instructors, Donald Westphal, texted me to let me know he was in the emergency room at McLaren Hospital. He ended up in emergency surgery the next day.

While we were understandably worried about Donald, who is an essential part of our Fred Astaire family, we were also concerned about who would dance with his students at the competition. Thus began the staff shuffle – which is how I fondly refer to the quick rescheduling and swapping of students to make sure they can compete as planned and not feel neglected in the absence of their instructor. 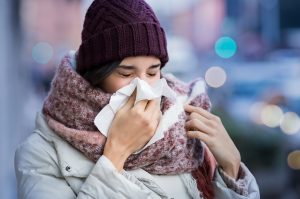 The same day Donald had surgery, Janique and Lada came down with flu. Lada runs all logistics for our studio, and Janique had students of her own to dance with at the competition. More shuffling. More stress building.

Finally, on Friday, when our judges were flying in, metro Detroit was hit with a huge snowstorm. Uh oh. Panic, stress, craziness.

Luckily, by then, Lada and Janique were on the mend and back to work. As the snow fell beautifully outside our studio, calls, texts and emails poured in from students wondering if the competition would go off as planned on Saturday, the day after the storm, when snow was forecast to continue falling. 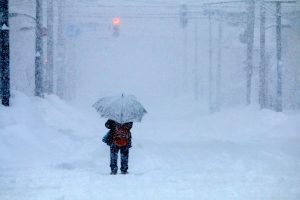 The answer: We learned to pull together as a team through stressful times so that everyone could succeed.

Working as a team, pulling together contingencies, we ended up with the most successful in-studio competition we’ve ever hosted. We were organized, energetic and focused – and on the day of the event, people danced, people entered more competitions than they had planned, we had more than 500 entries from our students alone for the one-day competition.

The day after, and for days following that, students came into the studio all excited, exclaiming how great it was, and commending us on planning a fantastic competition. They can’t wait to do it again.

And neither can we.