A few words with our student, Michelle Allen…

Dance is more than rhythm and steps; it is a vehicle to a welcoming and understanding community.

For Michelle Allen, ballroom dance brought healing when her husband passed away but it also brought her closer to his memory, since they danced together throughout their 20-year marriage.

“We were married for 20 years and until you’ve gone through losing your spouse, you all of sudden get sidetracked,” says Michelle. “You just have to sit back and you have to let go, but you don’t let go right away. You work through it. Sometimes you can’t go around the fire, you have to go through it. “ 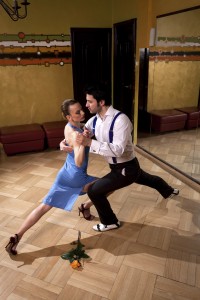 After Michelle’s husband passed away, she decided to walk back into a dance studio again, this time Fred Astaire. She felt welcomed and credits ballroom dancing for bringing “happiness and joy” back into her life.

At Fred Astaire, she met others who understood what she was going through as a widow because they, too, had gone through it.

The deeper connections and camaraderie with other widows at the dance studio is a saving grace, she says. According to the U.S. Census Bureau data from 2012, there were more than 14 million widowed people, more than 11 million of whom were women.

The Oxford resident worked part-time at a pregnancy center, counseling and mentoring mothers. She has found new romance, a man who dances with her now that the despair of loss has passed. 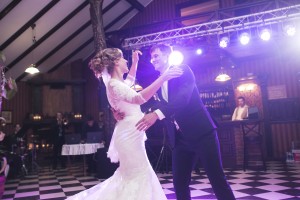 “Until you’ve gone through it, you can’t understand,” she says. “It’s helpful to see someone else who knows what you’re going through.”

“Alan, also a widower, and I had dated for a year and a half.  We are so happy and dancing continues to be part of our life,” she says.