The Search for Studio #2

It’s been our goal for the last several years to open a second, third, fourth studio. We want to blanket the state of Michigan with the best ballroom around!

And we’re happy to announce that come August, we’ll be opening the doors on Fred Astaire Dance Studio #2 in West Bloomfield, Michigan. 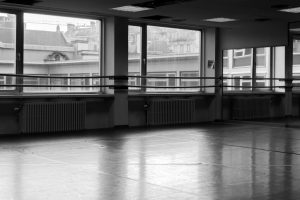 This has been a long time coming, and we are thrilled it’s finally here. We were set to open a second studio in January, but the individual we pegged to manage and co-own it got cold feet.

This opportunity kind of fell in our lap. One of our previous instructors called because the studio where her daughter took ballet lessons was closing after 30 years in business. What better place to bring ballroom than a previous dance studio!

She called us, knowing we wanted to expand, and it all fell together. It was an easy process for us, to take an existing studio that was closing its doors and make it ours. Much easier than building out a new dance studio.

As we expand our footprint in Michigan, I don’t want studios overlapping each other. West Bloomfield is a good 20-minute drive from our Bloomfield Hills studio, which is sufficiently far enough away to reach a whole new geographic audience.

There are 10 general areas we’ve identified in the metro Detroit area for our expansion – check out the map!

How to find the right place? I’m looking for metro areas that have communities with enough population and disposable income for students to take lessons at our studios.

Success depends on the staff, of course. Once people decide to step inside, we have to wow them with our teaching ability and sense of community. So who we hire to run new studios is ultra-important.

Good ballroom dance studio owners and managers have an innate ability to teach and generate interest in ballroom dancing. I can market and get people in the door at any locations; once there, it’s up to the instructors and the management to make sure the studio becomes successful. That’s the training that I and the Fred Astaire system provide.