What’s Old Is New: In Germany 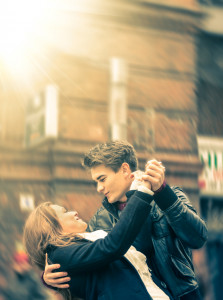 I was surprised and excited to learn recently that more and more German teenagers are including ballroom dancing in their festive gatherings.

In a recent article, I read that it used to be automatic for German teens in middle- and upper-class communities to take ballroom dancing classes. They had no choice, as they needed the instruction to guide them toward mandatory social events.

But that trend petered out by the 1990s. Since then, it’s been a ballroom dance desert among German teens. Until recently.

Starting in 2004-2005, the Association of German Dance Schools reported a 10 percent increase in attendance at dance schools across the country. Teens themselves are calling ballroom dance “hip,” and going with friends to class after class – not wanting to stop until they win medals in competitions!

Some say this trend is influenced by all the dance reality shows and movies that we love on this side of the Atlantic. In Europe, there’s a British show called “Strictly Come Dancing.” Germany has a show called “Let’s Dance,” which drew a devoted audience of young people between ages 19 and 39. 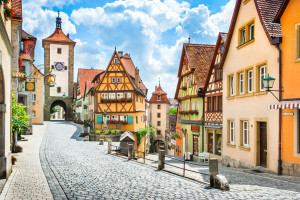 It also helps that dance studios in Germany have gotten a makeover. The dusty formal strict schools of the past have evolved into welcoming places that encourage all people to dance, including same-sex couples.

What’s more, apparently politeness and manners are back in vogue, and dance feeds into that. It’s a safe, clean sport, where teens can meet others and not worry about typical social pressures they might find at unscripted, unsupervised parties.

Georg Steinig, who leads the Breuer Dance School in Cologne, says dancing is “all about social competence…everyone is accepted, tolerated, not judged.”