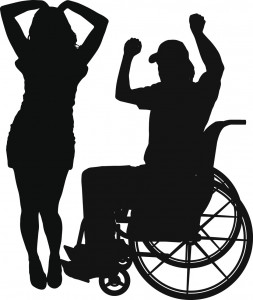 South Lyon resident Tom Hoatlin will realize his dream of dancing with his daughter at her wedding, thanks to the Rehabilitation Institute of Michigan (RIM) Foundation and Fred Astaire Dance Studio, whose joint Dance Mobility program awarded the pair a free wedding dance package.

Dance Mobility, an adapted dance program at FADS in Bloomfield Hills, offered a free customized wedding dance package to a winning couple, with one member of the couple presenting a disability. The package, worth $500, is provided courtesy of the RIM Foundation, with instruction thanks to professional dance instructors from FADS, who will choreograph a special first dance for the father of the bride to dance with his daughter on her special day.

“We are proud to partner with the RIM Foundation to make dance accessible to everyone,” says Evan Mountain, co-owner of FADS with his wife, Lada.

“We are so pleased to provide this gift to a deserving couple, about to celebrate one of the most special occasions of their life,” says Cheryl Angelelli, founder of the Dance Mobility program and an award-winning wheelchair-dance competitor herself. “There are truly no barriers to dance!”

Tom Hoatlin was general manager of a Comfort Inn in Livonia in 1991, when he was held up at gunpoint by armed robbers, who shot him at the base of his neck, even though he complied with their demands. Hoatlin endured a spinal cord injury and has been a paraplegic ever since.

“1991 was the best and worst year of our lives,” he says. “My wife and I had a baby girl in June and six months later, I was paralyzed in the armed robbery.”

His first goal, after recuperating from his injury and its aftermath, was “to be a normal dad. I didn’t want my new little one to grow up disadvantaged in any way because her dad had a disability,” he says.

Hoatlin says his daughter, Laney, became his “sole inspiration.” He returned home from the hospital on her first birthday, which was also Father’s Day 1992. They’ve been close ever since.

“Dancing together at the father-daughter dance will be the culmination of all that we have been through,” he says. “I can’t imagine how awesome it will feel to have a beautiful dance routine down and entertain our guests.”

Laney’s wedding is set for May 19thin South Haven.