Use it or Lose it – Dancing Makes You Smarter 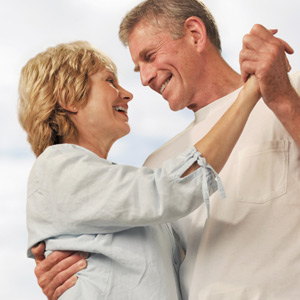 We at Fred Astaire Franchised Dance Studios always talk about the benefits of dance – socializing, building confidence, learning a new pastime, getting in better shape.

Guess what? Dancing makes you smarter.

In an article called Use It or Lose It: Dancing Makes You Smarter, Richard Powers, who leads Stanford University’s dance department, came up with some important research, especially applicable to older adults.

We quote: “You may have heard about the New England Journal of Medicine report on the effects of recreational activities on mental acuity in aging. Here it is in a nutshell.

“The 21-year study of senior citizens, 75 and older, was led by the Albert Einstein College of Medicine in New York City, funded by the National Institute on Aging, and published in the New England Journal of Medicine. Their method for objectively measuring mental acuity in aging was to monitor rates of dementia, including Alzheimer’s disease.

The study wanted to see if any physical or cognitive recreational activities influenced mental acuity. They discovered that some activities had a significant beneficial effect. Other activities had none.

“One of the surprises of the study was that almost none of the physical activities appeared to offer any protection against dementia. There can be cardiovascular benefits of course, but the focus of this study was the mind.

“There was one important exception: the only physical activity to offer protection against dementia was frequent dancing.

Come in and take a private lesson or a group class. Join us for our parties when we dance, dance, dance.
It’s not only fun. It’s the smart thing to do.