We are very excited to introduce new members to our Fred Astaire CG Family…Vince and Elizabeth! 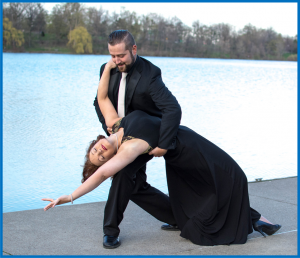 They are coming from the same Fred Astaire Studio as Vera and Vladimir which was in Buffalo NY so we would like to invite everyone to help us give them a warm Miami welcome at the Open House Spring Party, Thursday May 18th  .

Vincent began his dancing at the age of 14 in musical theatre and show choirs.  This led him to a career in in ballroom dancing.  He fell in love with it and started competing in ballroom dance in 2007.  He coached at both Ithaca College and Cornell University.  In 2014,  Vince began working at The Fred Astaire in Buffalo, New York. There he trained under Anastasia Abrashin, former U.S. 9 dance champion, as well as many other wonderful teachers and coaches.  He has performed at many charitable events, including Utica’s ‘Dance the Night Away’ fundraiser, and loves seeing the joy that dancing brings to brings to so many lives. Notably, he has won multiple top Teacher awards in New York Fred Astaire Region. 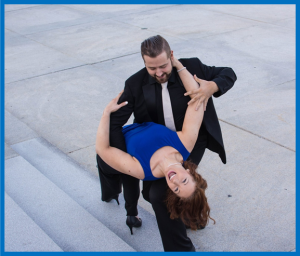 Elizabeth began her dance training as a child, where she spent 4 years in tap and jazz prior to taking time off for academics. At a studio in western New York, she went on to perform at countless showcases and competitions. She went on to earn 3 undergraduate degrees before she rediscovered her love of dance and began dancing at Fred Astaire in Buffalo, NY. It was there that she met Vincent, and their chemistry together was undeniable.

Together, Vincent and Elizabeth founded, coached and taught the competitive ballroom dance team at the University at Buffalo, developing outreach programs with Houghton College and Daemen college during their time there. Their team went on to earn numerous awards across the northeast, and Elizabeth and Vincent were finalists at Cornell University, DCDI, Columbia University and Rutgers University.

They are really looking forward to meeting everyone and starting their journey here in Miami.

We will have a lot of fun activities and specials going on…all you have to do is come!