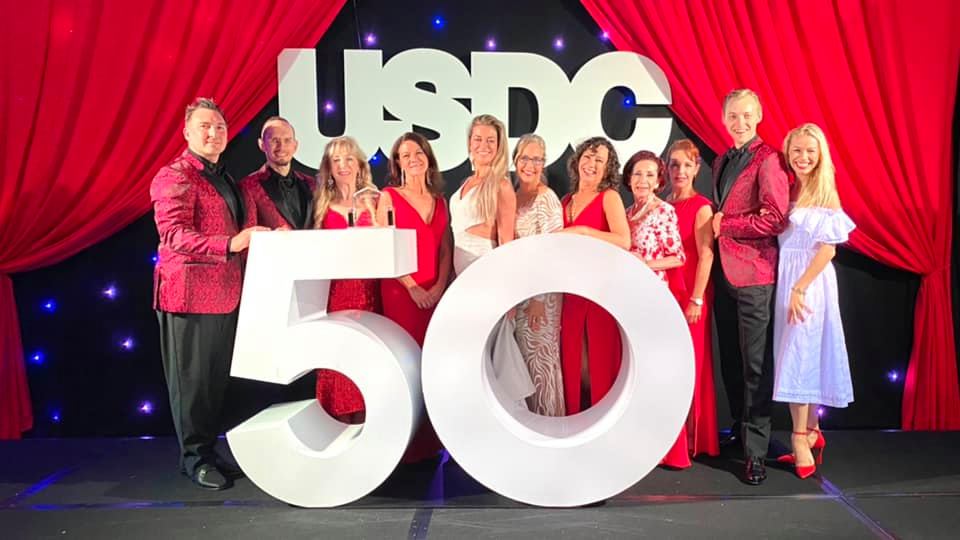 DOYLESTOWN, PA – During the second week of September 2021, local ballroom dance studio, Fred Astaire Dance Studio of Doylestown traveled to Orlando, Florida to participate in the 50th United States Dance Championships (USDC), one of the largest Ballroom and Latin Dance Competitions in the country since 1971.

Natalie Haritonow danced beautifully and took home first place out of 12 competitors in the Bronze B Level Smooth Division.

Out of 29 of her many single dances, LeeAnn Reed placed first 4 times, second 9 times, and third 16 times.

Returning to the national floor, Denise Sandy placed fourth out of 24 competitors in the C Level Smooth Championship and sixth out of 12 competitors in International Standard.

Igori Bogatiriov and Yuliya Jung, owners of the Fred Astaire Dance Studio of Doylestown,  were not expecting to receive first place for Top Large Studio. It was a big surprise, and they could not be happier. They thanked all the studio’s amazing students along with the coaches and Fred Astaire Dance Studios® personnel who helped make this achievement possible.

Students of Fred Astaire Doylestown cannot wait to continue their dancing journeys, whether it be practicing for the next showcase, competition or coming for a fun date night! As they say at the studio, “Life is Better When You Dance!” Call the Fred Astaire Dance Studio of Doylestown at 215-254-5494 or email doylestown@fredastaire.com to start today!