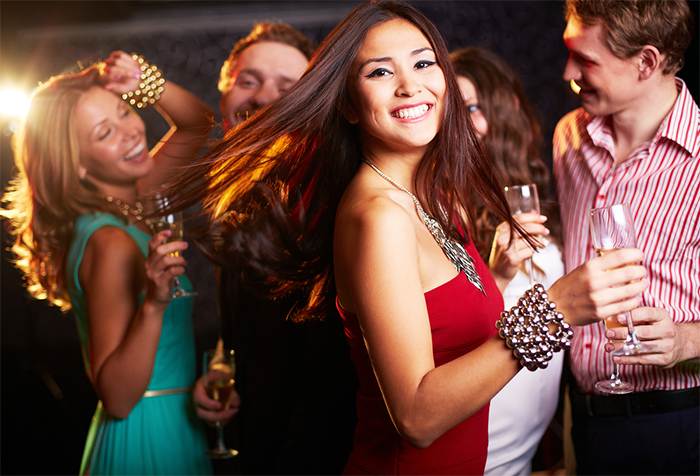 It’s no secret that chicks dig guys that can dance. So why is it that some men avoid the dance floor like the plague?

Also, what is with the obsession with dancing in the first place? Couldn’t they pick something easier like fishing or watching football? That’s masculine enough isn’t it? Well, interestingly enough the answer comes to us through taking a look at our animal instincts to reproduce. Interested now guys?
Dancing can tell you a lot about a person. For instance you can tell if a person is comfortable in social situations or even how physically fit they are. Dancing is a woman’s chance to size up a potential mate. How well do they move, how at ease are they in front of other people, how polite are they when asking to dance, how passive or strong is their lead? Women are attracted to the strongest, most intelligent, and most capable male. Check out Psychology Today’s article on the topic.
Strength and stamina- leading, physical ability to keep the body moving, rhythm and coordination, balance and control.
Intelligence and mental capability- Social ease, etiquette, ability to let go and have fun. Numerous studies have shown that a man who is confident is more attractive than the guy hanging out in the corner. Men who dance show confidence because they don’t care what everybody else thinks, they’re ready to have fun.

Don’t start getting frustrated now guys. The good news is that #1. Women are very forgiving; it’s in their nature. Getting up onto the dance floor even when not in the best form is still better than hanging by the bar. When asked, women would prefer a guy to “get out there and try”, it shows that he’s “not afraid” and “down for anything”. So, they prefer a guy who doesn’t take himself so seriously that it’s a fight or flight moment when asked to head out for a dance. #2. There’s always time to learn to dance. Dance lessons are only a call away and usually pretty fun. You get to practice in the security of the studio so by the time you go out into the real world with your moves; you’re feeling much more confidant. If you’re bringing a lovely lady with you, it’s bonus close up time. If you’re going solo to pick up some moves, you’re going to be learning from and practicing with a professional female dance partner. (Talk about making real life easier). We opened up the discussion on this topic. Check out what people had to say.

Ready to take the plunge and get on the floor? Contact Us Today!

John E.
“Skilled dancing indicates at least two desirable qualities in a mate:
1) Physical capability and coordination
2) Awareness of and connection to one’s emotions
This basically says “strong yet sensitive.” If men knew what was good for them, they’d look for this combination in their mates too.”

Brandi R.
“A guy who’s willing to dance, even if he’s not Fred Astaire, sends two messages:
1) I’m comfortable with my body and
2) I’m not scared to look silly in public.
A guy who flat-out refuses to dance also sends two messages: 1) I’m uptight and 2) I’m not very sensual. Now those two messages might not be true, but that’s what he’s projecting. Guess which guy is sexier?”

Jake S.
“I’m a guy, and I have good enough rhythm to dance. I don’t know if I’d say I like to dance, but I’ll tell you one thing. Guys who dance tend to get laid. My gf looooooves to dance. We go to see bands with the specific idea that we will be dancing. She has taught me to dance to cajun, zydeco, salsa music. It’s a blast.”

Michael K.
“For the life of me, I never understood why other guys would not ask women to dance. You have an automatic “in” – women are almost always looking for dance partners. You (as a man) have an automatic opportunity to meet them, stand close, hold them (if a slow dance), etc etc etc. I never saw the downside and whenever I go out to a club that has a dance floor, I dance.”

Anna M.
“It shows self-confidence, which is so very important. Who cares if it’s embarrassing? It’s one of the things I value highly in a guy – can he laugh at himself? Can he stand a little embarrassment? Is it a dealbreaker? My god, no, or I would have to leave my current SO. But if there was any one thing I would change in him, this would be it.”

Sean F.
“Yes, but if you’re no good at it, it’s embarrassing. So it’s just easier to sit and talk (at which I’m much better at).”

Sandra B.
“@Sean- Yeah, but a lot of women like guys who are carefree enough to go ahead, throw caution to the wind and have fun even if they look goofy. My ex-girlfriend loves guys who dance because, she said, It shows they aren’t too uptight to have fun.”