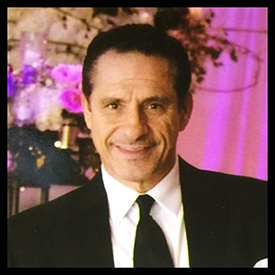 Bruno has been Board of Directors and Vice President of American Ballroom Company since 2005.
Bruno Collins is a 7-time U.S. Theatrical Champion, 2-time World Cabaret Champion, 3- time Blackpool Cabaret Champion, U.S. American Rhythm Finalist and 5-time Fred Astaire Rhythm Champion. He has performed around the world, in top competitions and shows, as both a guest star performer and champion. In addition, he has been featured on PBS Championship Ballroom Dance.