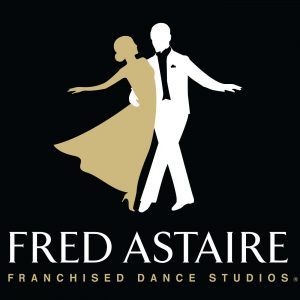 Learning Dance Basics like the Walts is easier than you think. When you hear “ballroom dance,” chances are you think of graceful couples gliding around the dance floor, right? But how much do you actually know about where these dances came from?

Well, at Fred Astaire Dance Studio in Brookfield CT, we’ve got some dance backstories for you, and we bet you’ll be surprised!

Scandalous, risqué, improper and even wicked… You might not pick those to describe the Waltz, would you? But originally, that’s exactly what people thought about the dance we now consider beautiful and elegant.

Its rich history actually starts almost 400 years ago, when the Waltz began a country folk dance in Bavaria! Both Italy and France adopted the style of dance, calling it “the volte,” but it wasn’t officially introduced into English “society” until 1812. Over the years, the Waltz actually went by many different names before it became popular, like the Galop, Redowa, Boston and the Hop Waltz.

But when the Waltz finally made its way to the ballrooms of the world in, it was met with indignation and outrage! People were shocked to see a man dancing with his hand upon a lady’s waist, as that was considered “improper” of a woman to compromise herself in public in such a way.

Eventually, people stopped thinking of the Waltz as wicked, and warmed up to the graceful partner dance. Favored by the European aristocracy, they claimed it as an exclusive “right” of the upper class, but before long its popularity grew throughout all the classes of Europe in the early 20th century.

Even before it spread broadly through Europe, however, the Waltz gained favor throughout the United States, likely due to the lack of a “blue-blood caste” system.  Taking the nation by storm in the 1840s, the dance was popular enough to survive the “ragtime revolution” that hit in 1910. Though ragtime stole the show in the early 20th century, with its era of simpler walking and strutting style dances, the Waltz has stood the test of time.

When Learning Dance Basics.The techniques and whirling patterns of the Waltz require a different skills for dancers, but the beauty of the dance keeps it in style as it has captured the imagination of generations of composers. In fact, in the late 19th century, composers began writing Waltzes to a slower tempo than that of the original Viennese style.

The box step, typical of the American style Waltz, was being taught in the 1880s and an even slower waltz came into prominence in the early 1920s. As a result is that the Waltz actually has three distinct tempos: (1) the Viennese Waltz (fast), (2) medium Waltz, and (3) slow Waltz — the last are the result of American innovations.

Learning Dance Basics can be easy and fun. Generally speaking, the Waltz is a progressive and turning dance that uses sway, rise and fall to highlight its smooth, lilting style. Though now seen as a very traditional style of dance, making you feel like a prince or princess at an elegant ball, the Waltz has stirred up its fair share of intrigue over the course of dance history!

Source: Learn to dance with Fred