Dancing and the Impact of Memory

Typically when people think about dancing they’re not thinking about the multitude of benefits that comes along with it and when they do it’s usually associated with the physical aspect and not what it can do for your brain. However, multiple studies have shown that dancing has beneficial effects on the brain, and is even being used to treat people with Parkinson’s disease, a progressive neurological movement disorder, and other brain-related illnesses.

Whether you are dancing for recreation or professionally, there is no denying the positive effect on your brain and body. Here’s why.

Some recent imaging of the brain in correlation with movement and music have shown a profound effect on the brain, specifically because of the complex mental coordination that dancing requires.

Because the music and dance combination activates different centers of the brain, dance is unique because of its ability to double-play different regions of the brain. The physical activity associated with dance alone contributes to an improvement in memory and strengthen neural connections, not to mention it’s a lot of FUN!

Music and movement have shown to have a profound impact for patients with Parkinson’s disease. In fact, many facilities have adapted dance as a proven therapeutic tactic in addition to traditional medicine.  More than one million people in this country are living with Parkinson’s disease, and, according to the Parkinson’s disease Foundation, each year another 60,000 are diagnosed with the disease. This disease is associated with stiffness of the limbs, trunk, tremors, and balance issues. Dance has been a proven therapy to help gait and upper extremity functions. In addition, people are able to speak and walk better if they are introduced to a steady rhythmic cue, studies say,

While audience members see the end result of dancers gliding across the stage it probably took them months to learn all the steps. Rehearsing routines by going through the motions over and over takes concentrations and significant brain power which has been shown to have a positive effect on the brain’s overall function. This is especially true if you learn new dances after you’ve mastered the first. 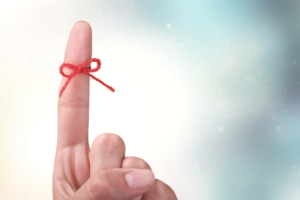 Whether you’re looking for a new hobby, way to connect with your partner, or improving your social, physical or emotional health, Fred Astaire Dance Studios of Mequon will be your partner every “step” of the way. For more information on lessons, the benefits of dance, or different events at the studio, reach out to us by calling (262) 241-1221 or stopping in today!