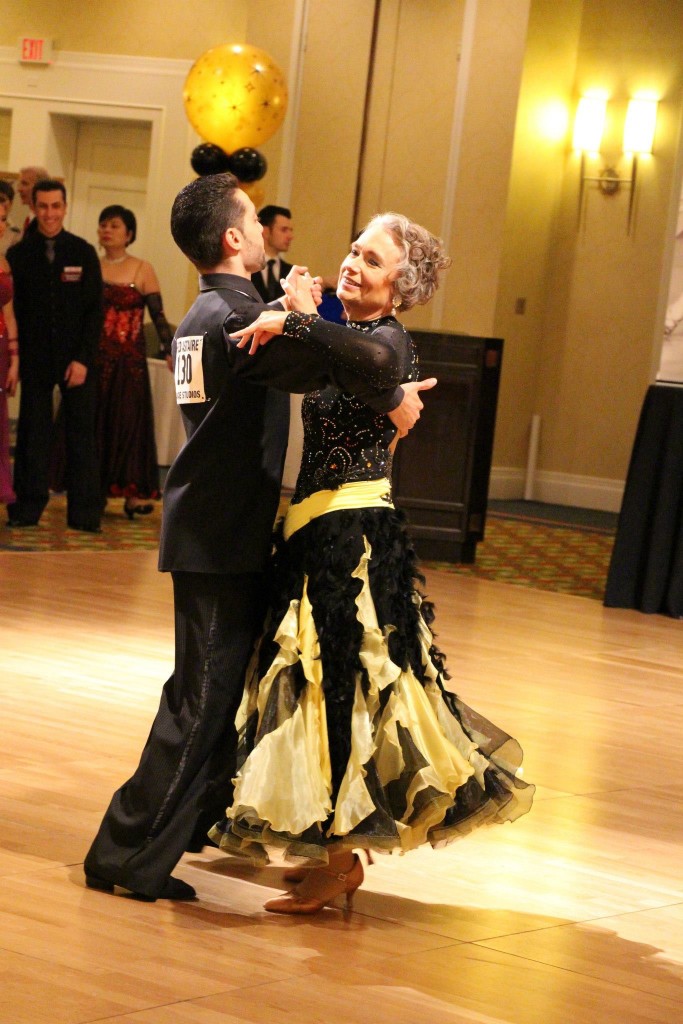 No matter what mood people bring into the dance studio, she guaranteed they’ll leave smiling. “It’s a great workout, and practice also develops muscle memory,” she said. “You have to think about the steps and how you’re moving to the music.”

Senior who regularly took part in ballroom dancing reduced their risk of developing dementia by 76 percent risk reduction in dementia, the highest reduction of any activity in the 20-year project, per the New England Journal of Medicine.

When the stress of medical studies prompted him to seek some relaxation, Victor Russu, then a student at Medical Univesity in Chisinau, Moldova, turned to dance. Eventually he entered competitions and began to use choreography on his patients to help those with scoliosis and arthritis.

Russu, a former general medicine practitioner and owner of the Bardonia studio since 2001, said his training helps him understand more how the body moves, its coordination, and how to assess a new dance student.

“Usually I try to ask students how they ask health wise,” he said. “I want to make people’s lives better so they became more confident and health wise, give them a chance to reach their (physical) potential.”