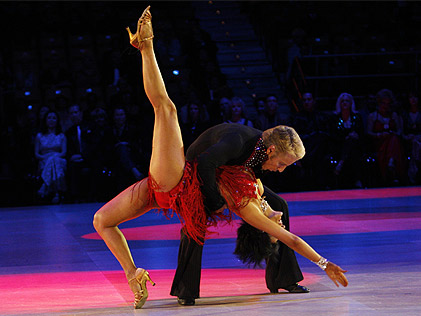 Students of all levels are encouraged to take advantage of a coaching session with our visiting coach, Dan Rutherford!
Whether preparing for competition (such as the upcoming Metropolitan DanceSport Championships) or hoping to improve one’s overall experience on the social dance floor, adding a coaching to your dance lesson is a great way to boost your dance skills!  Also, students preparing for performances (such as Astaire’s All Stars or September’s Showcase) can benefit from the “third eye” to tweak a routine to bring it to perfection. Or, opt to have Dan choreograph a new piece from scratch, specially-created just for you to highlight your strengths & challenge you to become a better dancer!

Dan Rutherford grew up in a family of dancers and skaters and studied jazz dance extensively from the age of five through his late teens, at which point he began a career in ballroom and Latin dance.

Dan danced competitively with his partner, Nicole Carroll, for ten years and became U.S. Champions of Professional American Rhythm. Combined, they have won every major championship in the United States including the title of top overall professional couple.

Dan has also danced on stage with numerous celebrities in many productions, and has made appearances on shows like “Dancing With The Stars,” “So You Think You Can Dance” and “America’s Ballroom Challenge” on PBS. He also has worked on movie sets with celebrities such as Ben Affleck and Arnold Schwarzenegger.

Dan currently owns a studio in Indianapolis, has produced numerous champions throughout his career as a teacher and coach, and is one of the top professionals in the United States.