We’re excited to that Jesse DeSoto
will be visiting FADS Morristown this week!


Though Jesse’s coaching schedule is already tight, be sure to
read below for more information about this incoming dance champion! 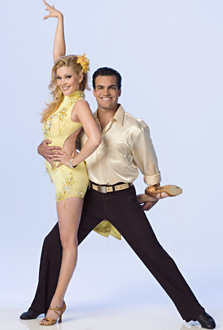 About Jesse DeSoto:
Jesse DeSoto started as a dance instructor in 1999 at a Fred Astaire Dance Studio near his hometown of Greendale, WI.  He discovered that his love for competition, challenge of the dance floor and freedom for artistic expression were a perfect match for a future in ballroom dancing! Jesse was fortunate to be paired with a gifted and naturally talented dancer, Jackie Josephs and they went professional in 2003. They were a featured couple on the 2005 PBS’s American Ballroom Challenge dance program. Jesse was awarded Top Competitive Male Instructor in the Fred Astaire chain in 2003 & 2004. His experiences have taught him how to take a new student to the level of top Pro-Am in the country! Because of Jesse and Jackie’s success in American Rhythm competition, Jesse DeSoto has become well known in the dance competitive circles.  So well known, that when the producers of “Dancing with the Stars” were looking for an additional male instructor they found Jesse and offered him a 2 year contract for the blockbuster reality show- “Dancing with the Stars.”

Availability is extremely limited, but please call 973-993-9222 if you are interested in scheduling!