Sergei Shapoval will be visiting our studio Tuesday,
July 21st for a day of coaching!

Be sure to snag a spot with this dance champion before he gets booked solid!

Coaching is an excellent opportunity to to improve your overall dance skills,
Develop new choreography or Perfect your  upcoming show routines!

See your teacher for more info! 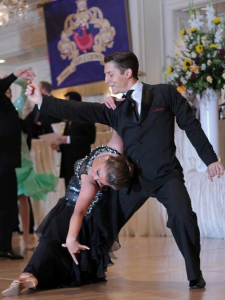 Sergei Shapoval began dancing at the age of 8 in the Ukraine and represented his
country at the 1993 International Festival of Culture in France, where Ukraine took
first place. Sergei has appeared on Ukrainian regional & national TV, & formerly
competed as an amateur dancer in International Latin and Standard in Germany,
Italy, Czech Republic, Poland& Russia. In 2001 Sergei was invited to teach in the
US & that same year he received a full Scholarship as one of the original members
of Olympic Hopefuls Dance Program.

With 27 years of dance experience — 20 of those as a dance teacher as well as a
competitor — Sergei believes that learning to dance provides valuable benefits in
many areas of life!