Fred Astiare: Eons after, he is still top hat 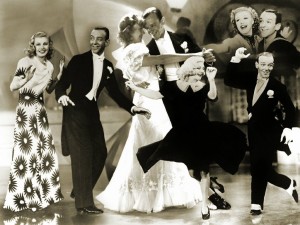 “He was that greatest of all dancers, male or female, classical or modern, ballet or ballroom, rap or tap, break or flake, highbrow or low.” Joseph Epstein, Fred Astaire

Today, Wayne Brockman told us about a super news article on the amazing Fred Astaire. Wayne is a manager at the Fred Astaire Dance Studio in Venice, Florida. We thank you, Wayne. We’re posting the link here for everyone’s enjoyment and to honor our founder, a man who forever changed dance and film and whose impact was felt by the entire world. You sure were incredible, Mr. Fred Astaire.

about the talented, one-of-a-kind dancer who founded our company! 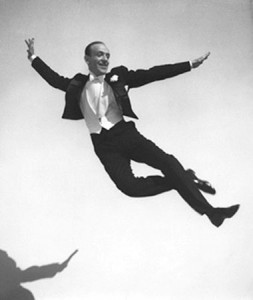 Fred Astaire Stepped To The Very Top Of Movies

“There’s never been anyone to come along like Fred Astaire,” his co-star Janis Paige told IBD.

“Astaire was one of the greats, the giants,” raves New York stage producer Chip Deffaa.

He was “that greatest of all dancers, male or female, classical or modern, ballet or ballroom, rap or tap, break or flake, highbrow or low,” wrote Joseph Epstein in his 2008 biography.

Rudolf Nureyev, rated by one site as No. 1 in this arena, called Astaire “the greatest dancer in American history.”

As did the British critic Luke Jennings in a 2010 Observer piece: “You can freeze-frame a Fred Astaire dance sequence at any point and the image is always perfect. The Astaire hallmarks, evident in the nine RKO pictures he made with Ginger Rogers in the 1930s, were a supreme musicality and poise. He’d glide across the screen with that nonchalant half-smile, in an effortless hailstorm of tap, and make it look so easy you were sure you could do it yourself.

“But Astaire was more than a dancer: He was the embodiment of an era; defined, like the man himself, in elegant black and white. Those shimmering ballrooms are gone, but the films are ours forever. He was, quite simply, the greatest.”

The American Film Institute is equally agog, listing Astaire fifth among 20th century male stars, with no dancer close to him.

Astaire (1899-1987) started on stage as a tot — dancing toward Broadway with sister Adele — and lasted 76 years in entertainment.

He really swept Ginger Rogers off her feet, to the tune of those nine upbeat flicks during the Depression. She reciprocated at the 1950 Academy Awards, handing him an Oscar “for his unique artistry and his contributions to the technique of musical pictures.”

Unique in that Astaire was a three-tool thespian. Besides playing roles and sweating through tap and ballroom routines, he delivered songs for the ages: “Night and Day,” “Change Partners,” “They Can’t Take That Away From Me.”

Irving Berlin, who wrote the bulk of Astaire’s tunes, lauded that voice: “I never would have written ‘Top Hat, White Tie and Tails’ or ‘Cheek to Cheek’ or ‘Isn’t This a Lovely Day?’ if I didn’t have Astaire and Rogers to write to.”

Deffaa, whose “Irving Berlin’s America” production is hitting Northeastern stages, said: “Berlin, who knew and worked with the greatest entertainers of the 20th century, always stressed that Astaire was not only a peerless dancer — the best that Hollywood ever had — but he was also as effective an interpreter of lyrics as any singer Berlin ever knew, including Sinatra, Jolson, Crosby.

“Astaire introduced and popularized many songs that became standards. He did not have a big voice, but it was warm and endearing, and true. He had a superb sense of rhythm — which served him well as a singer, no less than as a dancer. And he had personality. Berlin loved Astaire’s singing, loved tailoring songs to his voice.”

Bing Crosby said of Astaire, “He has a remarkable ear for intonation, a great sense of rhythm and, what is more important, he has great style — style in my way of thinking is a matter of delivery, phrasing, pace, emphasis and, most of all, presence.”

The jazz critic Steve Schwartz noted in Epstein’s book: “Almost every great male icon of the art (of singing) — Crosby, Sinatra, Torme, Bennett — takes from Astaire. The male pop singer B.F. (before Fred) sounded something like an Irish tenor. … The limitations of Astaire’s voice forced him to find another way — deceptively casual, never oversold and at home with the American vernacular. Astaire moved the scene of the singer from the center of the great hall to just across the table, in effect replacing the Minstrel Boy with Ordinary Guy, U.S. version.”

Simply, said the composer Alec Wilder, Astaire “made listeners think lots of songs sound better than they really were.”

Still, the Astaire stamp was dance. His athletic moves with Rogers, Eleanor Powell and Paige made him rich, as Epstein notes, with his early film salary reaching $100,000 — worth almost $2 million today.

“Mr. Astaire,” wrote Graham Greene in a review, “is the nearest approach we are ever likely to have to a human Mickey Mouse; he might have been drawn by Mr. Walt Disney, with his quick physical wit, his incredible agility.” 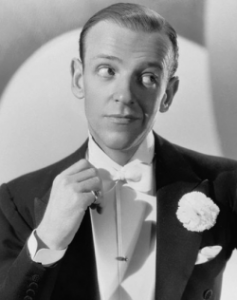 “To dance as long as he did was extraordinary,” said Deffaa. “Usually when dancers hit their 40s, they’re already in another career. In ‘Easter Parade’ he was 49, and he had a decade to go.”

That last major musical step was “Silk Stockings,” and 90-year-old Paige still sounds thrilled with the experience. She recalls watching him in Tacoma, Wash., movie theaters during the 1930s — and “if I knew that one day I would dance with Fred Astaire, I would have just died.”

That chance came in the mid-1950s, sparked by Paige’s nightclub act at the Coconut Grove in Los Angeles. The producer Arthur Freed was in the audience and waved her over after the curtain fell, saying: “We’ve got a film I want you to be in, and you’re going to have a musical number with Fred Astaire.”

Freed: “The studio will teach you until you’re great.”

It helped that Astaire was on the team. He was notorious for training six weeks up to a dance shoot.

“Perfection is what he constantly strived for, and it became his norm,” wrote Peter Levinson in “Puttin’ on the Ritz.” “The results were staggering and enabled him to become America’s most popular and stylish dancer and a major film star.” 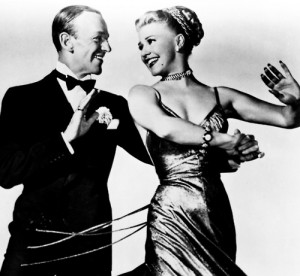 Rogers once said, “How do you think those routines were accomplished? With mirrors? Well, I thought I knew what concentrated work was before I met Fred, but he’s the limit. Never satisfied until every detail is right, and he will not compromise. No sir! What’s more, if he thinks of something better after you’ve finished a routine, you do it over.”The novelist John O’Hara noted: “He takes a job, he works and works on it until he is ready, and then he delivers. And then he goes home. That is the magic formula, and anybody can do the same, provided he is endowed with the physical equipment of a decathlon champion, the imagination of an artist, the perseverance of an expert in dressage, the determination of a gyrene drill sergeant, the self-confidence of a lion tamer, the self-criticism of a neophyte in holy orders, the pride of a man who has created his own tradition.”

Said Paige from her Southern California home: “He was a gentleman from the old school. He was soft-spoken and very hard working. He didn’t praise himself.

“He was a worrier. During the shooting of ‘Silk Stockings,’ we once did 15 takes for a scene. Each time he would look at the footage, turn around and say, ‘Was that OK? You sure that was OK?’ I said, ‘Perfect.’”

Astaire had two wives. His first, Phyllis, with whom he had two children, died in 1954. Twenty-six years later he married Robyn Smith, a jockey who had graced the cover of Sports Illustrated.

Those were hardly the only women hooked on Fred. “I guess,” said Rita Hayworth, who swayed with him in 1941’s “You’ll Never Get Rich” and 1942’s “You Were Never Lovelier,” “the only jewels of my life were the pictures I made with Fred Astaire.”

Deffaa can see why: “Astaire had good looks, charm and elegance.”

As for Paige, she’s writing a book these days about the Astaire era.

“People need to know about this man,” she said. “He worked his tail off and had a great imagination. He and Hermes Pan worked together with choreography the likes of which I’d never seen.”

Her bottom line: “He was one of a kind.” 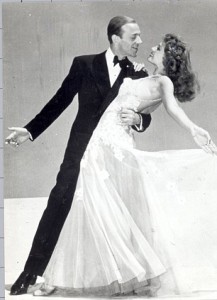