Get Ready for Grease Live on Fox in 2015

The music, the leather, and the dance! Of course, the dance!

Yep, that’s right, the beloved musical Grease is coming live to a TV near you in 2015. On the heels of NBC’s live broadcasts of the Sound of Music in 2013 and Peter Pan just this week, it may seem like FOX’s recreation of Grease is just another network jumping on the televised musical trend, but here are a few reasons were gaga over Grease!

Let’s start with the characters. Who can honestly say they’ve never dressed as the T-Birds, or the Pink Ladies? From Sandy and Danny to Rizo and Knicky, it’s easy to connect with the best friends in Grease’s iconic and quirky cast. While we don’t know who will be filling the roles in FOX’s portrayal, we can only hope they’re as lovable as the original cast.

Then, there’s the music. It doesn’t matter if it’s “Summer Nights,” “You’re the one that I Want,” or one of the show’s power ballads, it’s impossible to hear the songs and not want to bop along. Clever lyrics, catchy and emotional melodies, and fun stories all make up the soundtrack of this beloved show.

And that leads us to our favorite thing about Grease…THE DANCING! With countless catchy ensemble dance numbers and flirtatious duets, it’s impossible to choose a favorite. Who can forget the epic “Hand Jive” number at prom and the larger-than-life performance of “Greased Lightening” in shop class, or when Sandy and Danny danced their way into love at the school carnival in “You’re the one that I Want.” Grease is simply a show that makes you want to get up on your feet and dance. 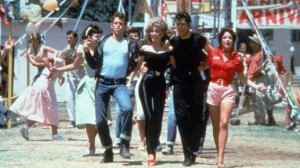 Grease follows the musical trend set by  NBC’s live broadcasts of the Broadway musicals such as the Sound of Music in 2013 and Peter Pan this past month, but with interesting characters, great music and, most of all, DANCING, we’re expecting it will be a hit!

Want to know what’s really great? You can! Rather than fight the crowds on the dance floor of a crowded club, you and your friends can spend your Friday nights learning to dance like the cast members of Grease. By the time the show airs in 2015, you’ll know the moves better than they will!

Tell us: What part of FOX’s live performance of Grease are you most excited about?