Whether you’ve danced the Cha-Cha or not, we’ll let you in on a secret: you could do it with ease! You’ve probably heard the old phrase “One, Two, Cha-Cha-Cha”… well, it’s not much more than that!
With roots traced back to the islands of the West Indies and making their way to America, the steps have evolved into what we now know as the Cha-Cha. In the 1950s, the Mambo and Swing became popular dances throughout the Americas. As Latin musicians began playing the Mambo to a slower beat, this stylistic change led to the creation of the triple mambo, now known as the Cha-Cha.

Though one of the newer ballroom dances, the Cha-Cha has gained traction in the dancing world and has become a favorite over the last few decades. Today, you can see the Cha-Cha around the world in ballroom competitions, as it is one of the most dominant “pop” rhythms of the last 40 to 50 years. 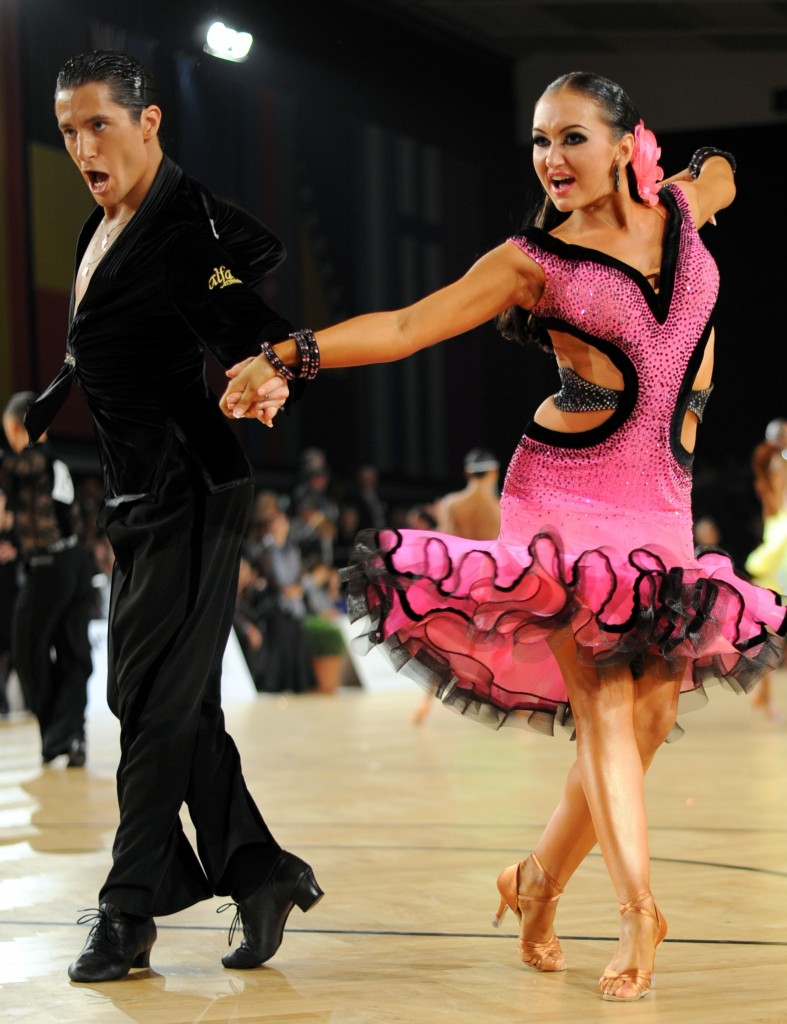 The history of Cha Cha extends back to the islands of the West Indies.  In the 1950s, Mambo and Swing gained popularity, and as musical beats evolved, this so did the rhythmic steps, leading us to the dance we now know as Cha-Cha.

So how do you dance it? The Cha-Cha is traditionally danced to upbeat music that’s played in 4/4 time. It consists of three quick steps (Cha Cha Cha) and two slower steps that are counted on 2-3-4-&-1. These steps are important, but because of the music, the focus is on the movement of the body rather than the movement of the feet. Dancers add flair and personality to the dance by clapping their hands, kicking their feet up and even pushing away their partners.

Ready to get out on the dance floor? If a quick and simple step sounds up your alley, then the Cha-Cha is the dance for you! No matter what, this upbeat dance is sure to be a crowd pleaser at your next event.

What is your favorite ballroom dance? What dance would you like to learn more about?