How well do you know your dance instructor, Tsvetomir Stoynov?

He may appear to be a quiet, serious fellow but don’t let him fool you!
Fred Astaire Morristown’s staff and longtime students know that Svet packs quite a personality (and quite a few interesting jokes, too!)

Here are a few fun facts about Tsvetomir Stoynov:

In addition to being a fun guy to be around, Tsvetomir Stoynov is an incredible dance instructor.  The only staff member to have graduated with a degree in dancing, Svet is an expert in both the American & International styles of dance.  Svet shares his passion and skill for dancing with more than 25 advanced, active dance students.  Several of those students are competitive dancers, whose participation in all four styles of dance at regional & inter-regional dance competitions have helped earn him Top Teacher awards.  Fred Astaire Dance Studio of Morristown can also attest to the fact that having Svet as part of the studio team has helped achieve Top Studio awards at the annual Oscars celebration for the past 3 consecutive years that he’s been part of our staff.  Most recently he’s played an important role in helping our studio attain the “2016 Superstar Studio” award, which we received at January’s Team Match competition. 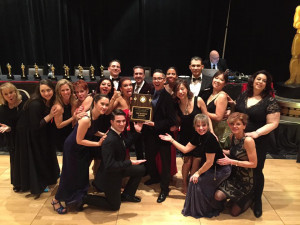 As a result of his hard work and effort as a dance teacher, Svet has been consistently appearing in the “Top 3” when compared amongst all of the New Jersey region’s instructors!

Since coming to America Svet has developed his professional career as well.  He has made many great achievements in just a few years, dancing in professional dance divisions.  Some of Svet’s professional competitive dance accomplishments include: 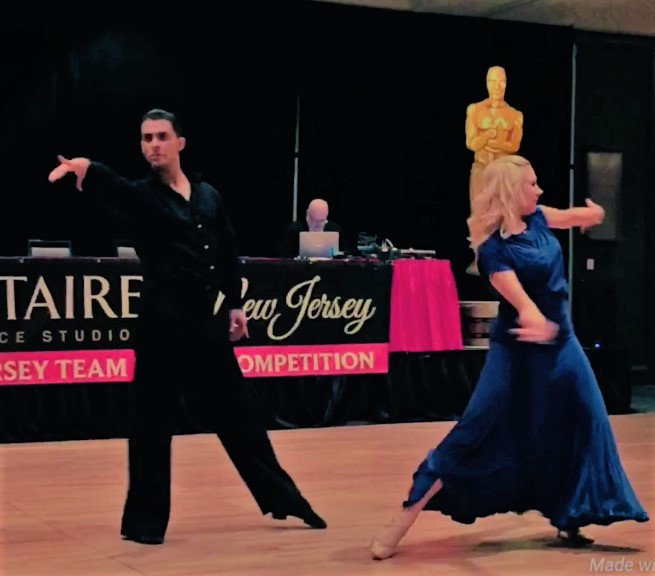 Tsvetomir Stoynov has also used his talents to benefit the greater good in society, participating in local charitable efforts.  He has performed at local nursing homes, entertaining with dance in order to raise the spirits of the sick and elderly.  One of his favorite philanthropic activities was participating in “Dancing with the Survivors,” a nationally-celebrated fundraiser that raised money for the Pink Fund, a charity that provided financial assistance for patients in active treatment for breast cancer.

For several months leading up to the event Svet would work with breast cancer survivors, teaching them to dance so they could perform in front of a crowd on the special evening when the fundraiser would culminate with an open celebration.   To many participating breast cancer survivors, the very act of taking dance lessons was a very special, very personal, and very healing journey.  Svet has remarked that it has always been an honor to play such an instrumental part in something so important & special!

Teaching isn’t the only trick Svet has up his sleeve!  Tsvetomir was is also an amazing choreographer! He provided a great deal of interesting choreography for our annual All Stars (Note: the most recent event was a raging success that included over 30 dance numbers!).  He has also performed in the New Jersey region’s annual Showcase of Stars, dancing in a variety of methodically-prepared routines with his student dancers.

Students were also entertained as they watched him perform on stage as he also contributed his personal dance talents during the professional act of the show!

Most recently Tsvetomir Stoynov was in the news for being part of an interesting project that took place OFF the dance floor!  Svet, along with fellow FADS Morristown instructor Natalie Honkonen, visited Seaton Hackney stables to work with Cat Zimmerman, a 14-year-old who was selected out of hundreds of applicants to compete alongside her wild mustang in the Midwest Horse Fair’s Epin Night of the Horse, Youth Star Search Competition in Madison, Wisconsin.  Svet helped Cat with various aspects of performance, adding interesting dance elements and refining her overall presentation.  With this helpful instruction Cat is certain to look and feel incredible when she steps out to perform at the event, which is the largest three-day horse fair in the country.  Read more about the project here!

Don’t take our word for it!  Here are some beautiful testimonials from Svet’s students:

Have something great to say about your dutiful instructor, Svet?