For 53 years, Jack Rothweiler has been dedicated to Fred Astaire International. Here is a glimpse of his steady journey through the world of ballroom dancing, in an effort to make social dancing accessible for all. 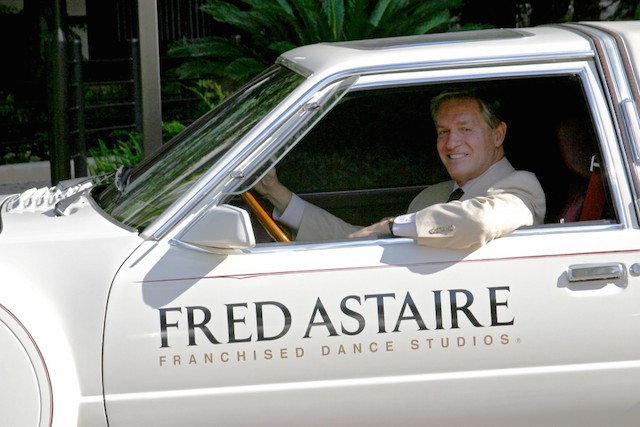 For most of my 53 years in this business, the important thing was training social dancers, helping our students be adequate enough to get out on the dance floor. Social dancing was all we aimed for in the late ‘70s and early ‘80s, at the height of disco.

And then, in the early 1990s, when that wall came down over in Germany, it unleashed all the Eastern European countries. Dancers from the former Eastern Bloc were free to bring their quality of dancing to the West, and that increased the quality of dance all around the world, for in Eastern Europe and Russia, ballroom is a sport, not just a hobby.

Today, people have high expectations for dancing. They’re doing it for health reasons and also to challenge their physical body and their thought process. The standards are higher. And that’s a good thing.

Where It All Began for Jack

I grew up in Philadelphia playing football, basketball, baseball; when it came to dancing, I was like, ‘No, I’m not going to do that.’

In 1963, in Philly, there were all kinds of clubs – Bobby Rydell and American Bandstand were a big thing, but when I went to clubs, it was more like I was sitting in a bar than getting up and dancing. I simply wasn’t comfortable.

I thought this was silly, so I decided to take a few lessons. It all began at a Fred Astaire studio where I was friends with the manager.

I took a few lessons, and my friend said, “Why don’t you get involved in this training class?” Eight hours a day, five days a week for four weeks, and at the end of it, I flunked.

We laughed about it. I got into another training class. I was a pretty good athlete, but when it came to dancing I felt awkward, clumsy. I flunked that one, too.

Now it’s double the number of hours – I’d put in so much effort! Fortunately for me, the very last week, I was the only person left in the training class, so they hired me. That was rough going because I was still inhibited as a dancer.

I stuck it out, became a teacher, supervisor, manager, owner. Eventually, I owned a couple studios, became regional director and eventually became president of the company. I’ve been president since 2002.

Thank you to our Friends at the Bloomfield Hills studio for conducting and posting this interview!