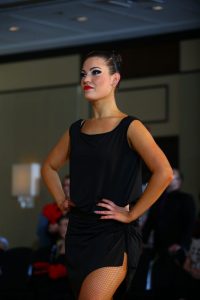 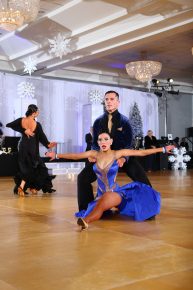 Vivienne hails from Ukraine and has been ballroom dancing since she was four years old and began teaching at the age of 13. Some of her accomplishments include her being the Fred Astaire Regional Professional Latin Champion in 2018, Boston Regional Champion in 2013 for the Youth International Latin category. From 2012-2014, Vivienne represented Greece in competitions around the world, and in 2013 became Youth Latin National Champion, and proceeded to represent Greece German Open Championship. Throughout the years, she has competed in many important competition, both within the USA and internationally.

Vivienne is currently studying Exercise and Health Sciences at the University of Massachusetts Boston. Her main goal is to keep gaining a better understanding of the body with each passing day, continuing to share her knowledge and passion with students, and striving for improvement.