A Magical Spotlight Never to be Forgotten!

Fred Astaire Dance Studio of Pewaukee and Fred Astaire Dance Studio of Menomonee Falls teamed up to raise money in honor of October’s Breast Cancer Awareness month.  The event was hosted at the Pewaukee FADS studio.  Among the attendees, who all donned pink attire, were recent and long term survivors and family members who have been affected by breast cancer.  The event totaled $1,245.00.

It started like any other party, with some dancing and socializing and soon moved on to the main show. Fabulously executed routines were displayed throughout the night, all very unique and clever, however there was one performance that stood out from the rest: a Cinderella and Prince Charming routine.  The young lady playing Cinderella, Kristin Windisch, and her Prince Charming partner, Glenn Schulz, both dressed the part perfectly.  She in a royal blue gown and him in a white and maroon Prince ensemble. They began a beautiful Waltz to “Someday My Prince Will Come.” The fairy tale was truly brought to life, not only through their performance, but when Glenn got down on one knee to slide the glass slipper back onto Kristin’s foot and instead pulled a ring out of his pocket and asked her to marry him.  As she said yes, he slipped the ring onto her finger.

This couple met at Fred Astaire Dance Studios Pewaukee dancing individually at first, but the practice parties and a little push from his instructors made this wonderful relationship happen. Who knew that dancing together would eventually lead down the road to a love story and this very special moment in time.  Fairy tales really do come true!  FADS wishes the couple a long and happy life together. 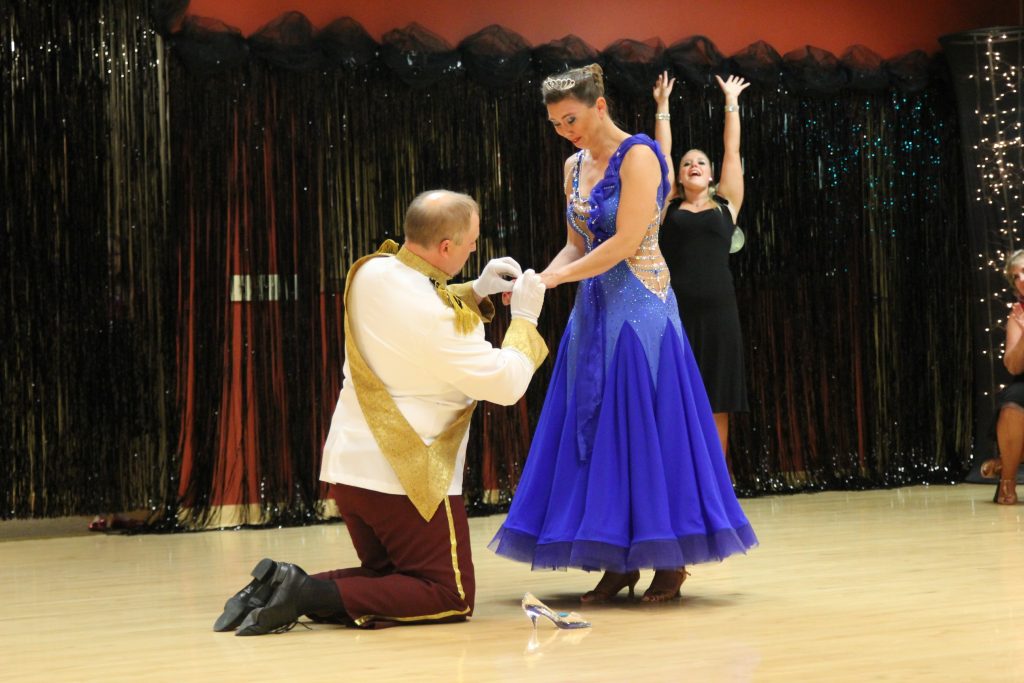 Check out their dancing and visit us on youtube.