Dancing With the Stars – Week 4: Who Was Eliminated This Week?

Last week, Ray Lewis took himself out of the competition because of an injury. This week, the bottom two were selected by lowest live votes and lowest combined scores for weeks 2 and 3. Those numbers put Lamar & Peta and Karamo & Jenna in the bottom. In the end, Dancing With the Stars said goodbye to Lamar Odom and Peta.

As the weeks progress, its getting more difficult to predict which star will be in the bottom. This week, two stars continue to impress me: James Van Der Beek and Hannah Brown. James and Emma’s Quickstep was so upbeat and his carriage is beautiful, but his steps could have been a little sharper. Hannah and Alan’s Paso Doble was strong and passionate, although there was a little wobble in the beginning during one of the turns.

Who is your favorite? Do you agree with Lamar and Peta’s elimination? 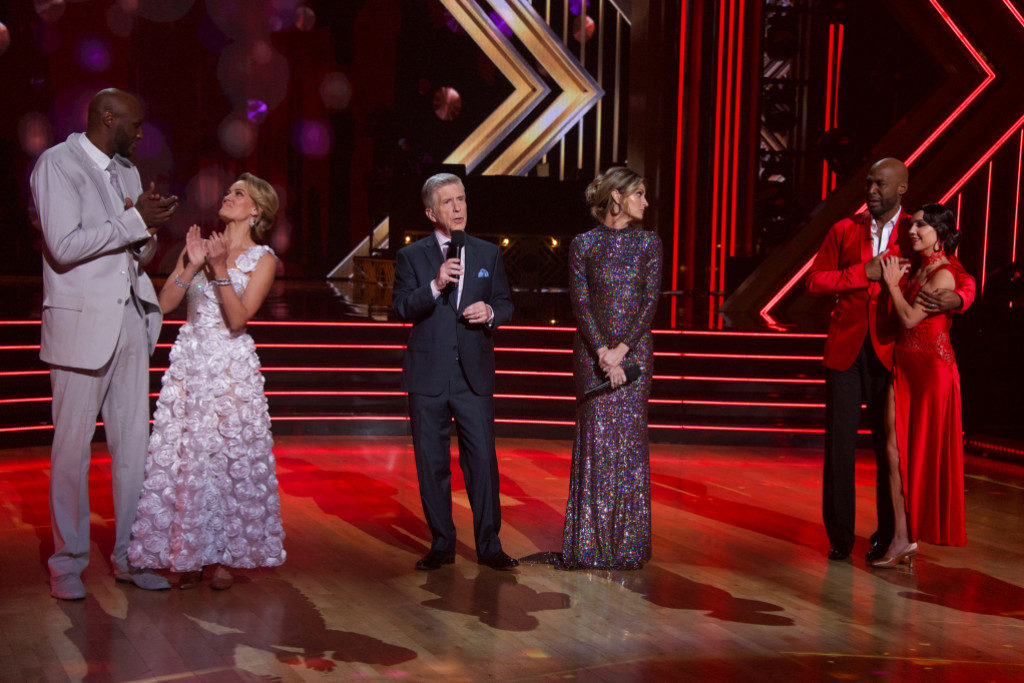