Dancing With the Stars: Week 6 – Who Went Home? This Week’s Shocking Elimination

Week 6 of Dancing With the Stars showed continued growth for most of the dancers. After some amazing performances during Disney Night, the two couples facing elimination were not the ones we were expecting. Because of audience votes, either Ally Brooke and her partner Sasha or Sailor Brinkley-Cook and her partner Val would be going home, even though both couples had the highest scores for weeks 5 & 6. In the end, the judges decided to save Ally and Sasha.

As the weeks go by and the stars become better dancers, it is becoming more difficult to pick a favorite routine. This week, the standout was James Van Der Beek and Emma’s Samba routine. He continues to impress week after week, but this time it was his Latin Motion that caught and kept my attention.

Which routine was your favorite? Do you agree with this week’s bottom 2 and the elimination? 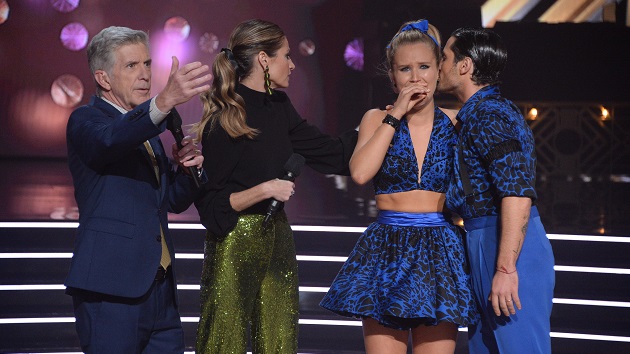