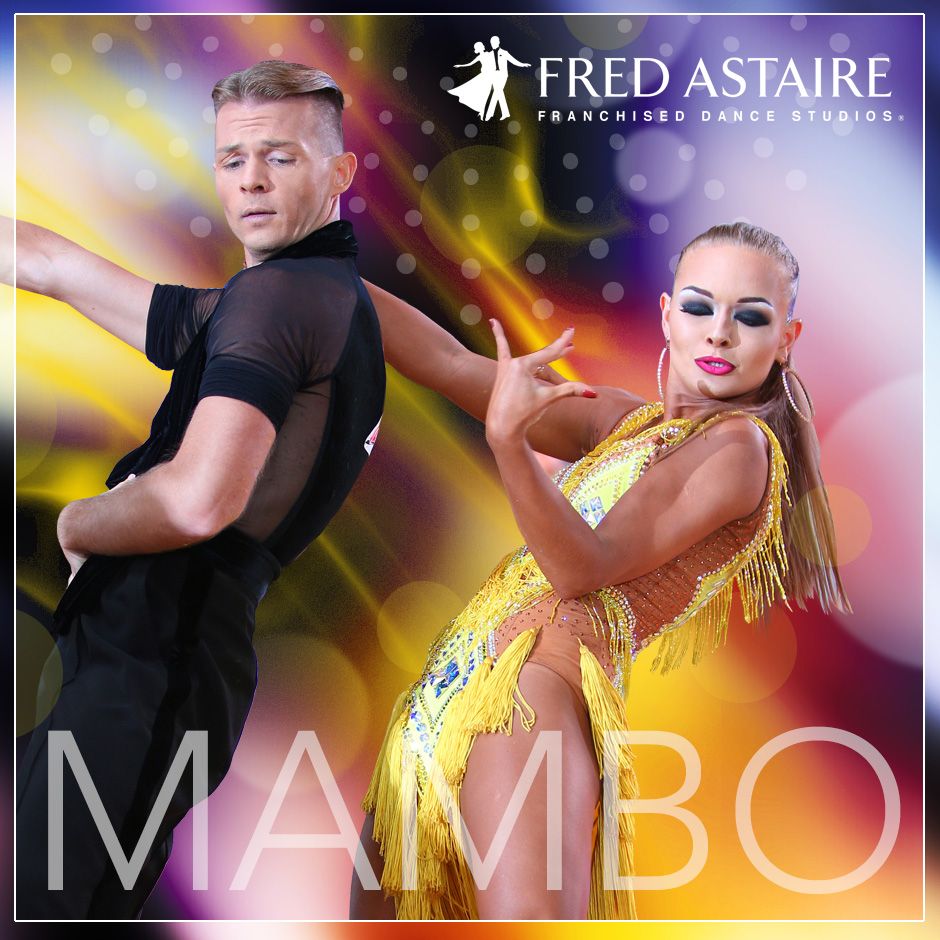 Musician Perez Prado has come up with a new dance to go along with his music, which he calls Mambo. He leaves Havana, moves to Mexico and then to New York City. Along the way, he changes his style to appeal to American listeners. By 1947, mambo has been introduced to popular dance spots, such as Park Plaza Ballroom and the Palladium. Fast-forward a few years and mambo mania has reached fever pitch. The Palladium has declared itself the “temple of mambo,” where the city’s best dancers give demonstrations and show off their use of arms, legs, head, and hands.

This style of mambo is completely different from the dance we know today. The original mambo was characterized by freedom; it contained no breaking steps or basic steps at all. Cuban dancers would describe mambo as “feeling the music,” where sound and movement were merged through the body. Professional dance teachers in the US saw this as “extreme” and “undisciplined” and standardized the dance. New Yorkers began calling this new style of mambo “salsa on 2” because the break, or direction change, in the basic step occurs on count 2. The creation of this new style led to the development of cha-cha and salsa.