Monday night we discovered who was going home on the most recent episode of So You Think You Can Dance. But first, the dancers got to show the judges and the audience why they deserved to continue on with the competition. 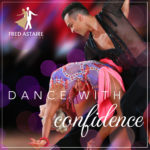 First up was Gino and Stephanie performing a Jive routine. It was full of personality and a lot of fun to watch. They both lit up the stage. After a great performance, it’s revealed that Stephanie is in the bottom 2 girls. This doesn’t surprise me. Stephanie performed well last week but the routine itself was lackluster, which isn’t her fault.

Next was Sophie and Eddie with a contemporary routine. Sophie is such an amazing dancer that is seems a little difficult for Eddie to keep up. He was emotional there but some of his movements and partnering were a little lacking. So it comes as no surprise that Eddie is in the bottom 2 boys.

Then, Anna and Benjamin perform a hip-hop routine. (Anna in bottom 2)  I loved the character performance in this routine. They were both fully committed to it, and I enjoyed it quite a bit. Afterwards, Anna is revealed to be in the bottom 2 girls. Again, I wasn’t surprised. Anna’s performance last week was the weakest technically, even if I still enjoyed it.

Next up was our hometown girl, Madison, and Ezra with a jazz routine. Ezra seemed at home and Madison was keeping up with the sass that he was giving off. But even with a good performance last week, he is in the bottom 2 boy, but I could not see him going home after that routine. (Although, next time I would love to see them do hip-hop or ballroom, since we haven’t seen Madison dance out of her element yet.)

Last but not least, Bailey and Mariah danced a hip-hop routine. They both exuded energy. They were sharp when needed and smooth when needed. They’re showing such versatility as dancers, which is amazing to see.

In the end, Eddie and Stephanie were sent home. I was a bit disappointed that Stephanie was cut because she was the only ballroom girl left and I thought Anna’s performance was weaker last week.

Do you agree with the decision? Who do you think will be going home next week?