Fred Astaire Westerville Dances for a Cause 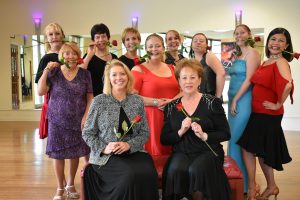 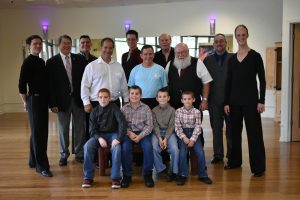 Fred Astaire Westerville held a Parkinson’s fundraiser showcase last Saturday. The event raised $1,655 for ‘Columbus Dance for Parkinson’s’. This program is a research-based series of dance classes created for people living with Parkinson’s disease. It was created by Miriam King and is supported by grants from OS U, the National Parkinson’s Foundation, and is affiliated with Dance for PD®, a Brooklyn based non-profit organization.

Miriam King had the following to say about her collaboration with Fred Astaire Westerville, which provides studio space for her classes.

‘Fred Astaire has been a crucial part of the programs growth, both providing expertise in ballroom-dance styles as well as the physical studio space that has allowed this program to grow in its second year. ‘Dance for Parkinson’s’ works to use the creative, physical and psychological benefits of dance to combat neurodegenerative disorders and bring people together as a community. This collaboration between Fred Astaire and ‘Dance for Parkinson’s’ is an exciting and meaningful development to both programs, specifically working to explore the benefits of ballroom-based partner dances and how they can benefit our minds, bodies, and spirits.’

‘It’s incredible to have so many of our students here, helping us support this fabulous program. Over the past few years, Fred Astaire Westerville has gotten involved with several fundraising events, such as ‘Relay for Life’ and ‘Pink Fund’, both raising money to combat cancer. When Miriam approached me to rent studio space for her program, it spark

ed the idea in me to host a fundraiser. I’m honored to contribute to such a great cause.’

The event featured a block of rhythm dance and a block of smooth dance heats. In between, several students showcased their solo dance numbers. Additionally, the internationally renowned dancers Kyrylo Myshakov and Oksana Sidak were invited to judge the competition. They provided individual assessments of all participating dancers. Both are currently instructors at the Fred Astaire Dance Studio in Warren, Ohio. At the end of the showcase, they thrilled all guests and participants with a performance of their own.

The highlights of the day were two solos; one performed by Wanda 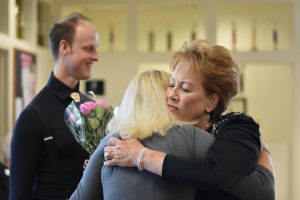 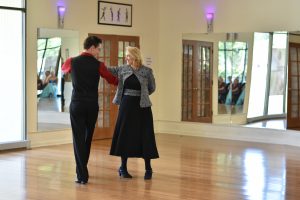 regorio danced in honor of her father who lived with Parkinson’s. Along with her partner, Fred Astaire instructor Zechariah Rice, she performed a heart-warming and meaningful solo.

Overall, the showcase was a display of the versatility of ballroom dancing. It’s an activity that is attractive to people of all ages. Also, it’s a creative medium that can display a wide array of emotions and convey an endless number of stories. Looking at the history of humanity, dance is something that has been a part of every culture in every part of the world.

It’s beautiful that an art and an activity that is so intrinsic to the human spirit can be so beneficial. ‘Columbus Dance for Parkinson’s’ can encourage people living with Parkinson’s to dance, which has benefits for mind, spirit and body. Furthermore, on Saturday, the students of Fred Astaire Westerville were able to do what they love to do: dance. By doing that, they raised money for a program that is benefiting many people and will benefit many more in the future.