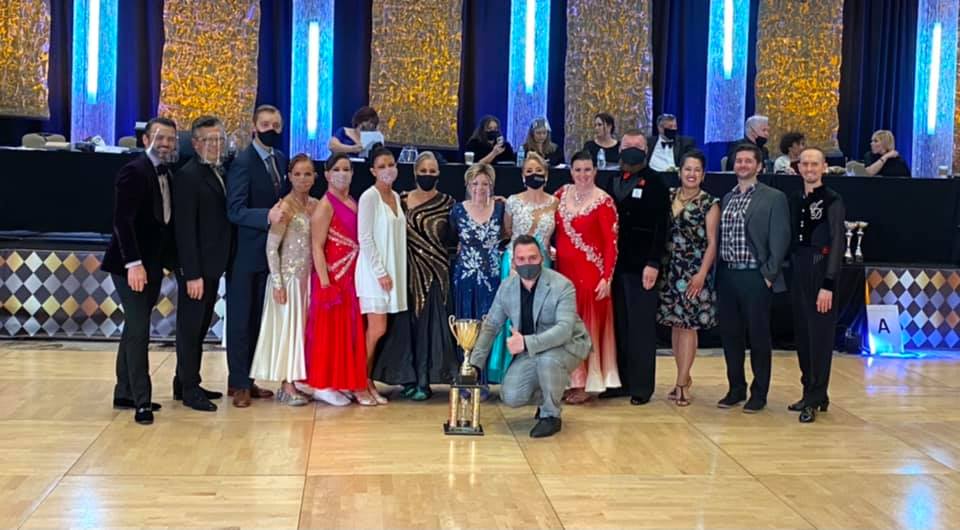 Eleven of Fred Astaire Doylestown’s students participated in the event with their instructors. Their hard work and dedication paid off as the Doylestown studio was granted first place for the second year in a row, taking home the Top Studio Award out of 85 studios nationwide.

Marc and Ademi Walker, another amateur couple, joined the Doylestown competition dance team, dancing with excellence. They are looking forward to the next competition.

Doylestown studio owner and professional instructor, Igori Bogatiriov, expressed his joy of the results saying, “We are so honored to receive Top Studio at CCDC 2021. It was an unforgettable time.” Bogatiriov thanked the students, professionals and organizers of the event along with the guest studio coaches saying, “Without you, we cannot get so far, thank you.”

Students of Fred Astaire Doylestown cannot wait to continue their dancing journeys, whether it be practicing for the next showcase, competition or coming for a fun date night! As they say at the studio, “Life is Better When You Dance!” Call the Fred Astaire Dance Studio of Doylestown at 215-254-5494 or email doylestown@fredastaire.com to start today!