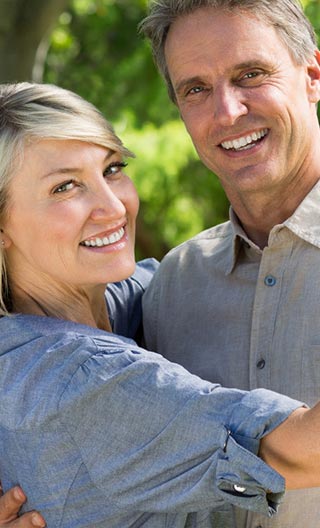 Whether your goal is to become a social dancer or amateur competitor, our certified professionals at Fred Astaire Dance Studios are here to help you achieve your goals. They will work to improve your dancing skills as you gain confidence, both of which make dancing fun and enjoyable. Dancing is a great combination of social interaction as well as a great work out. We have dance instructors that will be able to teach you whatever dance you want to learn!

Although the exact origins of the dance (and the word) are lost to legend, Tango originated in Argentina in the late 1800s.

Classic Bolero, introduced in Spain in 1780, is truly the “dance of love”, and is performed to music featuring a constant beat of drums.

A Cuban dance derived from the Mambo and Rumba; its name comes from the rhythm developed by a syncopation of the fourth beat.

East Coast Swing evolved from the Lindy Hop in the 1940s, and is perhaps the most famous American folk dance.

In 1912, Vaudeville dancer Harry Fox was the first to use the “slow step”, danced to an exhilarating new style of music – ragtime.

A more modern entry, this disco style was most popular in the nightclub scene from the late 1960s through the 1970s.

This style evolved from popular American dances of the 1930s such as Jitterbug, Boogie-Woogie, Lindy Hop, East Coast Swing, etc.

Lore has this dance originating at a royal fiesta honoring a returning war hero, in either Haiti or the Dominican Republic.

This dance dates back many centuries, and was originally intended for use at bullfights when the matador was victorious in the arena.

The Quickstep has its roots in 1920s New York City Ragtime, and only later became a partner dance.

Characterized by a smooth, subtle hip motion and a heavy walking step, Rumba first invaded the U.S. in the early 1930s.

Salsa combines passion, energy, sensuous style and joy, and has its origins in the Afro-Cuban dance, Rumba.

Of Brazilian origin, this festive serenade features a repetitive melody, continually interrupted by the strumming of a guitar.

The Viennese Waltz was first danced by European royalty in the 1800s, and was deemed startling due to the close proximity of the dancers.

The Waltz dates back to Bavaria 400 years ago, but it was not introduced into “society” until 1812, when it first appeared in English ballrooms.

With its sophisticated style and easy adaptation to contemporary rock music, this 1950s style quickly gained popularity in the U.S.

Bachata is a sensual dance with Caribbean origins, where most of the dancers’ movements are in the lower body up to the hips.

This uniquely American dance style developed during westward expansion in the 1800s, influenced by cultures from around the world.

Create a Dance to Remember!

You could be the next YouTube sensation with an elegant routine sure to wow your guests of all ages. Fred Astaire Dance Studio offers a multitude of dances such as father/daughter, mother/son, or a dance for your whole wedding party that is sure to present the flare of personality guaranteed to please.

Ballroom dancing is that perfect combination of physical activity, social interaction, and mental stimulation, and it can bring so much to your life.

Browse our collection of Dance Shoes, Practice Wear, Accessories and Jewelry to perfect your look – and Gift Packages to share the joy of Dance with family & friends!

Take the first step on your dance journey today, and discover a new world of joy, confidence, health, energy & fun!

Check out the Lessons, Activities & Events happening this month at your local Fred Astaire Dance Studio!