We were featured on CBS Morning News!

Posted: Thursday, May 19, 2016 11:47 am
Written by Adedamola Agboola, published in the Manhasset Times

For the fourth year in a row, Eugene Yeremenko’s Fred Astaire Dance Studio in Manhasset has won the Cross Country DanceSport Championships in Winsconsin.
The championships, which were held on April 22, 23, and 24, are one of three national championships that takes place every year among the Fred Astaire Franchised Dance Studios.
This year’s event featured 50 participating studios, more than 100 instructors and more than 150 students.

“We couldn’t be happier to be considered a top studio for the most famous name in ballroom and Latin dance studios,” Yeremenko said. “It’s an honor and a tribute to our terrific staff and all the wonderful students.”

Yeremenko opened the studio location with his childhood friend Yatsenko, in 2010 after working in studio’s Westchester County locations.

“We met in Ukraine and we were dance partners. We’ve danced and competed professionally together as partners since we were six year old,” Yeremenko said. “Our families are very close.”
Yeremenko, 32 and Yatsenko, 29, both immigrated from Ukraine.

“We’ve always wanted to make a career out of it and when the time was right and the opportunity came, we jumped at it,” Yeremenko said.

“We teach pretty much everything. You know like Dancing with the Stars,” Yeremenko said. “The best way to describe it is ‘fun’ because the people who come to the studio enjoy it. Some people go to the gym, some people like to dance.”

Munich, who lives in Floral Park, said dancing is not only an enjoyable activity, but that the health benefits have been remarkable.

“In addition to having fun, I find that dancing benefits my brain and body like nothing else,” she said. “I’ve maintained weight loss and increased my flexibility and posture.”
Members of Yeremenko’s dance studio all share different reasons why they decided to join a dance studio.
For some, it is fun to dress up and dance.

“Doing a jazzy foxtrot wearing tails with a top hat and cane with a fabulous professional partner in a real theater in a national competition before judges who are world champions. Now that is a real blast for a born couch potato,” said Hiller, a resident of Port Washington.
For others, it was meant to be a creative outlet.

Christina Vricella recalled joining taking dance lessons in 2014 as a way to explore her creative soul.
“Dancing has not only enabled me to express my feelings, but further embrace life’s blessings,” Vricella said. “The instructor’s love of dance is not only infectious, but they are also driven and enthusiastic to pass this joy on to each of their students.”

“They enjoy it. Not only that, we have get togethers, professional presentations,” Yeremenko said.
Yeremenko said the studio’s youngest member is 30 years while the oldest is 80 years.
“We’re good but no one knows about us,” Yeremenko The Fred Astaire Dance Studio in Manhasset is one of only three locations on Long Island.

To see the full article in the Manhasset Times, click here. 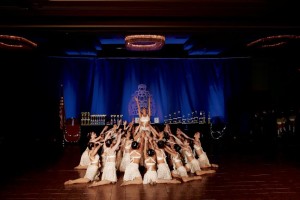 Manhasset’s Fred Astaire Dance Studio has been teaching people how to glide across the dance floor for three years. Business partners Eugene Yeremenko and Marisa Yatsenko head up a team of instructors who have won numerous prizes in dance competitions around the world.

There’s nothing sexier than a man who knows how to dance, says Yatsenko. Think of Fred Astaire. Not exactly the best looking of men but, oh, when he danced, women melted. Fred Astaire opened his first dance studio on Park Avenue in New York City in 1947. Astaire once observed that some people seem to think that good dancers are born. He said, “All the good dancers I’ve known have been taught or trained.”

The Fred Astaire Dance Studio offers all partnership dances that include waltz, tango, cha-cha, salsa, country western, swing and club dancing. It is not necessary to have a partner to attend dance classes, says Yeremenko. “You have a teacher who works with you.” There are private lessons, group classes and dance parties on Friday nights. 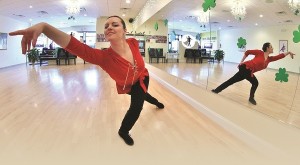 Marisa Yatsenko arrived in the United States from Ukraine nine years ago and has turned a franchised dance studio on Long Island into one of the most successful in the nation.

Yatsenko, along with her dance partner and fellow instructor, Eugene Yeremenko, have doubled and tripled their revenue in the three years since they opened a Fred Astaire Dance Studios franchise in Manhasset. The partners teach students – from preteens to seniors – the Cha-Cha, Swing, Hustle and various other steps, and some have competed in national competitions.

In February, the studio added to its trophy case the “Top Studio” award at the 2015 Platinum DanceSport Classic in Miami. Dancers earned such recognitions as top overall male and female students, top amateur couple and top newcomer. Yatsenko received the award for top female teacher after placing second for the top overall teacher award.

Yatsenko brought this type of prestige to Massachusetts-based Fred Astaire Dance Studios, a company created by the namesake dance legend in 1947 that has grown to 158 studios. She and Yeremenko settled in Sleepy Hollow and began teaching dance at one of the company’s nearby studios in 2006. By then, the duo had danced together for eight years and were crowned Ukrainian National Champions and competed in many world and European championships representing their homeland.

“No one can come in off the street, even with dance training, and purchase the franchise right,” Yatsenko said of opening her studio in February 2012. “You have to qualify; you have to know the system that they go by.”

After obtaining zoning approval and building permits, they built their studio and had to drum up business from scratch. On establishing the franchise, they signed a noncompete agreement to not sign up students from any other Fred Astaire Dance Studios locations. But advertising and the all-important location – near a transportation hub – generated business from the start.

“Business-wise, we’re in the right location,” Yeremenko said. “Our town is great and we’re right across from a train station, so people saw us as soon as we opened.”

People seeking group dance classes won’t find them at the studio. Instead, Yatsenko and Yeremenko tailor their lessons to individual clients, and once or twice a month they invite award-winning coaches to help choreograph dances and coach them and their students. On average, lessons costs from $80 to $115 for students, 80 percent of whom are 30 or older; 5 percent are teenagers.

While the partners have won multiple Fred Astaire national and regional championships, Yeremenko nevertheless attributes the studio’s success mainly to the managing and motivational skills of his partner.

“She is one of the best instructors in the industry and the country,” he said of Yatsenko. “She keeps the dancers very motivated; she inspires students to come back and to go to competitions, and that’s what brings the business to the studio.”

Dancing toward a brighter future 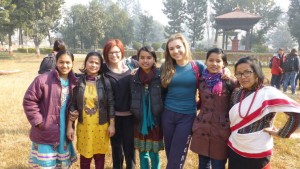 Dr. Sari Gold and her daughter Emily next month will showcase the ballroom dancing skills they’ve learned at the Fred Astaire Dance Studio of Manhasset as part of a fundraising event to support the non-profit Empower Nepali Girls, which provides educational opportunities for young women of the Asian nation.

The benefit, called “Fred Astaire Manhasset Dances to Empower Nepali Girls,” will take place at the studio on Sept. 7 and feature professional performances, a free dance lesson and an information session about the organization.

Tickets start at $75 at the donor level, $150 at the supporter level and $40 for children. Gold said 100 percent of the proceeds benefit Empower Nepali Girls.

Empower Nepali Girls was founded by Dr. Jeffrey Kottler, a California-based therapist who in his travels to Nepal in the early 2000s decided to help educate young girls from the local villages.

The cost to educate a child in Nepal at the time was $50 per year, Gold said, and has since increased to $150 per year. Empower Nepali Girls now serves more than 200 girls.

Gold met Kottler at a therapy conference four years ago, and upon hearing his story became inspired to participate.

“These girls are often seen as a burden to their families and are sold to servitude, like sex slavery, or marriage,” Gold said. “Kottler really saw how few opportunities there were available but that there was plenty of opportunity for him to help.”

Gold and Emily have traveled to Nepal with Empower Nepali Girls in each of the last two years, offering supplies and educational opportunities as well as career training in journalism and nursing, among other fields. They plan to visit Nepal again for three weeks in December.

“It’s really inspiring for them because these girls are around my age, so they see other girls their own age helping them break out of this culture they were born into,” said Emily, who in September will begin her senior year at Great Neck North High School. “We’re not just there to provide financial help, but emotional encouragement as well.”

For their third trip to Nepal, Gold decided to enlist the help of the Fred Astaire Dance Studio of Manhasset, whose instructors she said also became inspired to host the fundraiser after hearing Kottler’s story.

“We didn’t just want to build a school for girls,” Gold said. “It was much more important to change the whole culture of education, particularly for girls, in Nepal.”

Gold said uneducated Nepali parents are often tricked into offering their daughters to people who enter their villages claiming to offer employment opportunities who then sell the girls into the sex trade.

But by educating the young girls and finding them constructive employment opportunities, Gold said, Empower Nepali Girls has made real progress in changing the culture of the region.

“We’re empowering women and girls all over the world, which is I think something we take for granted in this country,” Emily said. “It’s so hard to reach these corners of the earth. This work is important.”

Check out our feature on Fox5 NY!

Check out our Feature on Fox5 NY! 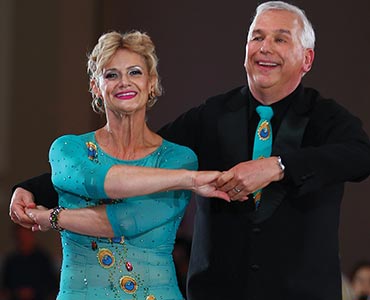 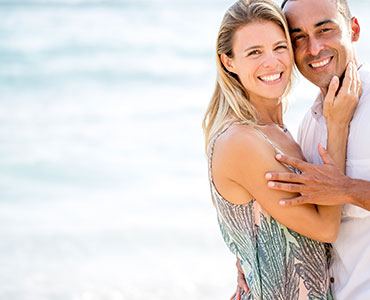 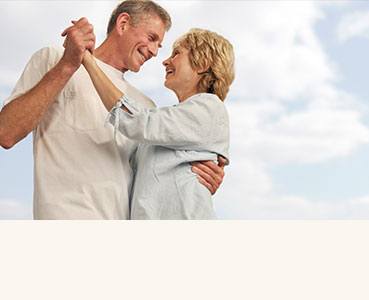 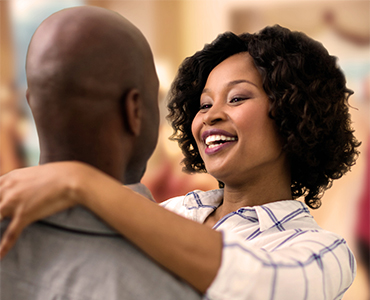