You come to the Fred Astaire Dance Studio of Tarrytown for the best in dance instruction. We’re not shy about saying that, because we believe it and we deliver it. And we continue to work hard to give you more and better opportunities to expand your dance horizons.

So we encourage you to get in touch with us right away and book your time for special coaching and group lessons at the studio this month!

Stay tuned for dates and times!

Taliat has been one of the most sought-after coaches and choreographers in the United States for both amateurs and professionals. He has coached many national champions in all styles of dance sport. He is best known for his innovative choreography, which he enjoys creating for all levels of dancers. Taliat enjoys custom tailoring both technique and style to the individual dancer 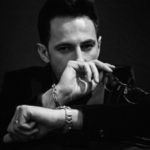 Sergei Shapoval began dancing at the age of 8 in the Ukraine and represented his country at the 1993 International Festival of Culture in France, where Ukraine took first place. Sergei has appeared on Ukrainian regional & national TV, & formerly competed as an amateur dancer in International Latin and Standard in Germany, Italy, Czech Republic, Poland & Russia. In 2001 Sergei was invited to teach in the US & that same year he received a full Scholarship as one of the original members of Olympic Hopefuls Dance Program.

With 27 years of dance experience — 20 of those as a dance teacher as well as a competitor — Sergei believes that learning to dance provides valuable benefits in many areas of life! 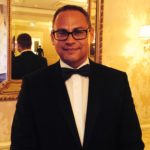 Eddie is a UK Rising Star Finalist and USA Rising Star Champion. He specializes in all areas of International Latin, Standard, American Smooth, American Rhythm, as well as choreography for showcases, solos, and novelties. Eddie is choreography specialist on Open Routines and coaches top competitive couples in the country 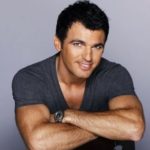 In 2006, Tony joined ABC’s Dancing with the Stars for their second season, and quickly became a fan favorite with his stellar choreography, elegance and bright smile. He spent 21 consecutive seasons on the show; Tony and his dance partner Melissa Rycroft were the Season 15 “Dancing with the Stars: All-Stars” Mirror Ball Trophy Champions. Tony’s professional body of work is impressive. 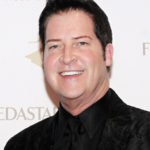