Fred Astaire Dance Studio of Mokena offers and delivers the finest in group and private ballroom dance classes, but we also bring you a great variety in our professional coaching. Broaden your knowledge and skills by meeting and working with some true standouts. You’ll be glad you did. These professionals have helped shape the dance industry and continue to inspire the teaching methods used throughout the dance community. We encourage you to enroll today with one (or better, both!) of these special guest coaches. 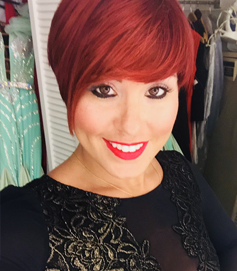 Jackie has been dancing the ballroom circuit since she was 7 years old, and held the undefeated United States Pre-teen and Junior Champion titles for 10 consecutive years. Being raised in the dance industry, the competitive floor is where she is most comfortable. Her “spicy & sassy” dance passion comes from her Italian and Filipino heritage. Although the American style of dance is Jackie’s expertise, she is also well versed in the International Style of Latin & Standard as well as Theatrical. Jackie enjoys coaching students and professionals at any level of learning. Along with her partner, Jesse DeSoto, she has captured United States and World status in the Open American Rhythm. In 2005, they placed 2nd in the World in the Mambo/ Salsa Competition held in Miami, Florida. They were a featured couple on the 2005 PBS’s American Ballroom Challenge dance program. Jackie and Jesse have worked with some of the greatest coaches in the world, such as Jean Marc Genereux & France Mousseau, Rufus Dustin, Taliat & Marina Tarsinov, Corky Ballas, Kasia Kozac, Bruno Collins & Luann Pulliam, Stephen Knight, Tony Dovolani, Elena Grinenko, Eddie Apolonov, and Maxim Chmerkovskiy. Being sponsored is one of the highest honors that any dance couple could have bestowed upon them and she is ever so grateful to their sponsors: Costumes—Dore Designs, Videography—Championship Productions, and Dance Shoes—Showtime Dance Shoes. Jackie is one of the most talented young dancers in the industry! She was a frequent face on ABC Channel 7 Morning News where she offered an array of her dance knowledge for various dance events in this great city of Chicago. In 2006, Jackie was a guest judge for ABC 7’s Last Dance competition that aired each morning for 5 consecutive days. Jackie has since stopped professionally competing and focuses on training and developing new teachers in the Illinois region. She is now the proud co-owner of the Fred Astaire Dance Studios – St. Charles IL location, with her husband, Evgeniy. 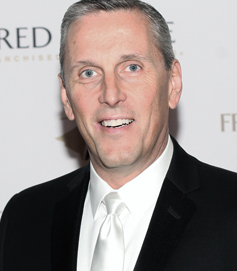