Mother’s Day is the most important day of the year to celebrate moms for all their support and love. However, once we recognize the sacrifices and the time moms dedicate to our success, we can’t help but ask: what would we do without them? Moms deserve more than flowers and brunch for their efforts, especially Dance Moms.

Dance Moms transform themselves into makeup artists, hair stylists, seamstresses, dance coaches, travel agents, and many more roles to support their children with their passion. That’s why here at Fred Astaire Dance Studios, we are celebrating all of the incredible dance moms and all that they do for their talented kids!

Here is a list of some famous dancers with their Dance Mom: 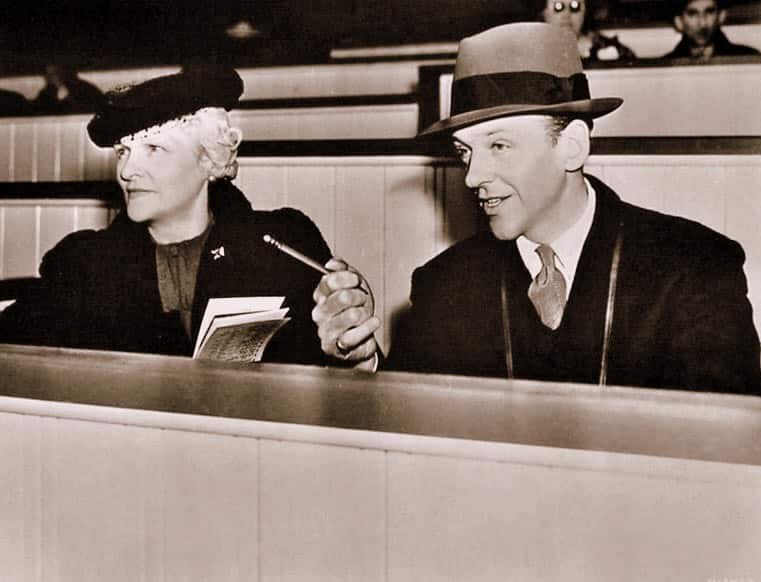 In honor of Mr. Astaire’s birthday, we celebrate both him and his mother,  Johanna “Anna” Geilus. The dedicated mother of two traveled throughout the country with her talented children to begin their careers in show business. Anna’s commitment to her children’s career led to their fame in Vaudeville, eventually turning them into household staples. Without her, Fred Astaire would simply be a name without a face and a legacy.

Next, we have Julianne, Derek and their talented dance mom, Marriann Hough. These siblings got their dance talent from their family, especially their ever talented mother. Much like the Astaire’s , Mariann pushed Derek and  Julianne to  dance together as children,  when and went on to perform at schools and state fairs. When Hough was 13, he and Julianne moved to London to attend the renowned — and demanding — dance school Italia Conti Academy of Theatre Arts. The two went on to reach fame and fortune, becoming crucial participants in the dance community.

Much like the Hough Family, J.Lo got her dance moves from her mama, Guadalupe Rodriguez! Guadalupe wanted to become a star before marrying David Lopez in her early 20s, causing her to become a homemaker rather than pursuing her dreams. After having her three children, she focused on their success, pushing them to pursue their dreams so they would never have to depend on anyone. This inspired Jennifer to pursue a career in acting rather than going to college, which started her long-standing career in the entertainment industry and led to her stardom. 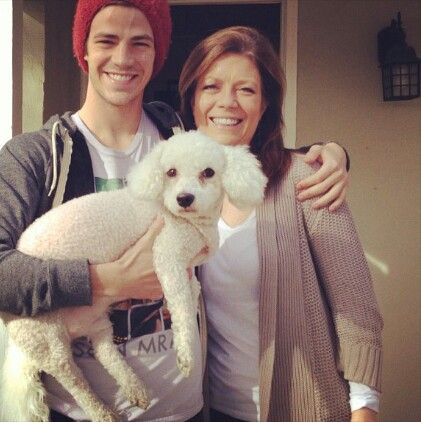 Grant Gustin is known for his superhero role of Barry Allen, aka The Flash, on the popular television show The Flash. But, most are not aware that he is extensively trained in dancing, specifically tap dancing. His supportive and loving mom, Tina Haney, exposed him to popular culture at a young age, such as the popular musical starring Gene Kelly, “Singing in the Rain.” This began Gustin’s love for dancing and performing, which led to his stardom in the entertainment realm where he eventually became a triple threat. Ms. Haney continues to support her ever talented son and support him in all his endeavours. 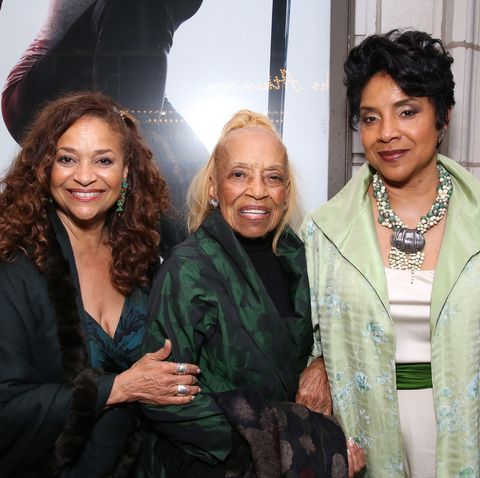 Lastly, we have the extremely talented Debbie Allen and her sweet, incredible mother, Vivian (née Ayers) Allen. Vivian Allen is a Pulitzer Prize-nominated artist, poet, playwright, scholar, and publisher, as well as an incredible mother. Debbie was 3 when her mother entered her into dance, which sparked her passion for performance. However, entering the dancing world was controversial due to the excess of racism in their environment. Vivian shielded her children from this hate by leaving the United States and moving them all down to Mexico to escape prejudice and bigotry. If not for this, Debbie may have never considered dance as an actual career due to the industry’s discrimination.

Want to thank you mom for her love and dedication? Do it with the gift of dance. Check out our Specials Page for our Mother’s Day Deal!