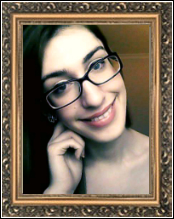 We are so thrilled to welcome Aubrey Meade to our Fred Astaire Dance Studio staff of instructors!

A graduate of Central Michigan University with a degree in music education and performance, specializing in opera, Aubrey lives now in Lincoln Park.

With the intention of building an operatic performing career, Aubrey performed throughout college and was preparing to audition for graduate school when her voice gave out. “I was singing too much and too often,” she says. “On stage, my voice just cut. I was the main part in the opera. Thankfully, it was the end of the opera. My voice was done after that show.”

With a diagnosis of vocal dysphonia, Aubrey had to give up her dream of an operatic career, so she turned her artistic talent and love of performance toward dance.

While working retail, she spotted an ad for a dance instructor at Fred Astaire Dance Studio. “It was a phenomenal thing,” she says. “I thought it was a dream. I treated this like an audition, came in ready to go. I was working 60 hours a week in retail, it was terribly unfulfilling. I felt like an artist who couldn’t express herself.”

“It’s great to see people who might come in on a negative day, at the end of a 45-minute dance lesson, they feel rejuvenated or energized, that’s so fantastic.”

With two autistic brothers, Aubrey is especially compassionate when working with one of Fred Astaire’s choice charities, Jacks Place for Autism. “She is compassionate and understanding,” says Evan Mountain, owner of Fred Astaire Dance Studio. “She really relates to it. She’s very sensitive and she’s good with groups, and very funny.”

“My brothers are autistic, but they’re very different,” Aubrey says, emphasizing the importance of individualizing instruction for all students. “One is physical, likes to build, ride his bike, and my other brother is all about video games. I’ve always individualized how I communicate with them.”

“I’ve always been artistic,” says Aubrey. “We came from a very poor family. I got into the arts because it was free. You had to pay to play sports. I’ve always done theater, choir, band. Both of my parents barely graduated high school. I have always been thankful for the stuff that I have, always valued…every opportunity has been so unexpected.”

We are thrilled to have Aubrey as a vital part of our team!